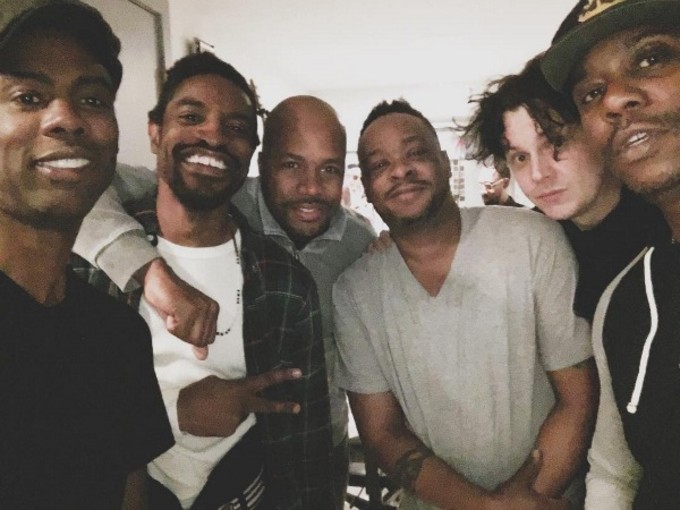 Fans have been eager to hear new music from André 3000 for quite a while now. At the beginning of the year, he revealed in an interview that he’s “always recording.” He went on to say, “I’ve been holding [back] for a long time, so now I’m really interested in figuring out some type of music to do.” And more recently, André hit fans hard with the news that Outkast and A Tribe Called Quest had discussed making a joint album before Phife Dawg’s untimely passing.

As if that news wasn’t enough, Chris Rock’s latest post may have caused the hearts of André 3000 fans to skip yet another beat. Last night Rock shared a photo originally posted by DJ D-Nice onto his own Instagram account. D-Nice’s caption simply reads, “One of the best nights ever!” While Rock’s is captioned, “Me , Dave , D-nice , jack white and jarobi hard at work on the new Andre 3000 album.”

Rock is a comedian who likes to spark a bit a controversy, so it’s hard to take this caption seriously. However, even if it’s not for André’s new album, this photo still makes us wonder what exactly could have brought this group together in the first place. Plus, there’s this.