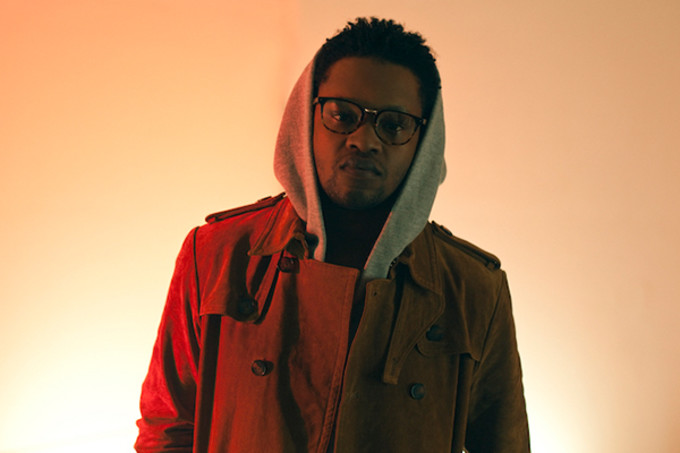 It’s evident in just listening to BJ the Chicago Kid’s music that he’s been influenced by a wide variety of artists, culturally speaking and genre-wise. On his latest album, In My Mind, BJ makes an incredibly strong showcase for his distinct talents, drawing from a rich breadth of musicians and distilling their impact into something wholly his own. Released via Motown, BJ had big shoes to fill with In My Mind, but it’s clear that he more than lived up to the label’s legacy. “It’s only right that they’ve paved the way,” BJ eagerly tells us.

In celebration of In My Mind and Motown’s stellar legacy, we asked BJ to create a playlist to accompany his perfect lazy Sunday. His Sundays usually start at church and often include eating, cleaning up, or spending time at the beach. It might be quite a broad selection of activities, but his playlist incorporates the same ethos, defying expectations of what BJ might consider the perfect soundtrack to a Sunday afternoon.

“Funk and soul were a big part of me growing up,” he tells us. “I first heard those soulful funky sounds at church, and my home church was full of it.” Growing up listening to material from the likes of Marvin Gaye, Isaac Hayes, and Curtis Mayfield among others, his playlist shows not only the music that chelped define him, but the music that he eventually opened his horizons to as well. “We believe in what our parents played us as kids and we trust our palates as adults doing this,” he explains.

Among the classics, a number of which appeared on Motown themselves, BJ cited a number of contemporary artists that have had a big influence on his work, too. “The artists that had an impact on me and my music from this playlist are D’Angelo, Prince, Kendrick Lamar, Future, Marvin Gaye, Anderson Paak, Dr. Dre, Louie Armstrong, Dixie Chicks, and Tweet,” he explained. He knows that it’s a bit of an eclectic collection, adding, “Big mix, I know.”

Talking about how he feels artists such as Kendrick Lamar, Anderson .Paak, and himself are developing soul and funk music and repurposing it for modern times, he said, “I think we’re all simply following our hearts. We stay woke and plugged into ourselves and our creativity.” When asked if he could collaborate with any of the artists on the playlist, he responded enthusiastically, “Hands down the late, great J. Dilla. I understand him in so many ways musically.”

Listen to BJ the Chicago Kid’s playlist below.

Learn more about how you can cast BJ the Chicago Kid’s Lazy Sunday Playlist​ straight from your phone to your speakers with Chromecast Audio.

Pigeons And PlanesBJ the Chicago Kid