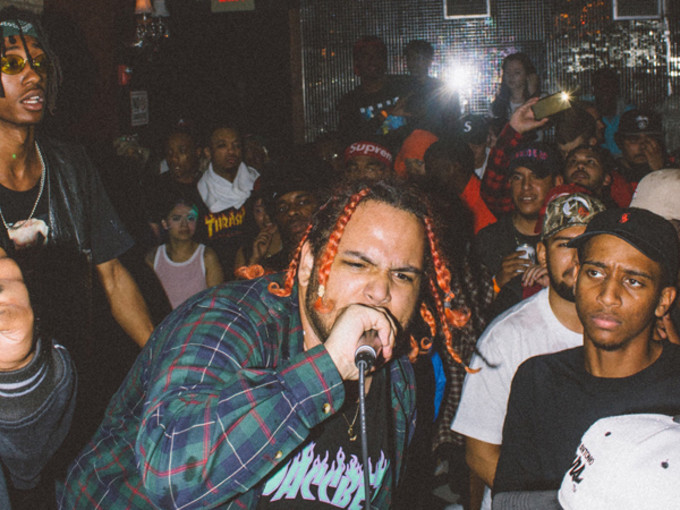 Nessly’s music gives a voice to the ultra-modern struggles of today’s youth: trying to block your ex-girl from calling your phone when she still has your iCloud login, trying to fall in love with Vogue models when you already have four girls from Yeezy Season, crying in codeine, etc.

But Nessly’s biggest draw also makes his music so current that it only makes sense in the moment. While he plays on cultural cues and takes advantage of production trends à la Future and Young Thug, can songs about praying for Actavis really stand the test of time?

Nessly’s sightline extends beyond 2016. While he’s only picked up steam as of late, the rapper has been refining his musical tastes and skills since the start of his career almost ten years ago. So while Nessly admits his current offerings are on-trend with the times, he’s leveraging the hype to sustain a non-perishable musical catalog.

Plus, he’s spent those ten years gathering a wealth of industry resources and co-signs. If he sends a record through to Drake’s camp, Oliver will almost always spin it on OVO Radio. He’s been tight with Lil Yachty for years, has been backing Young Thug since early days of his career, and has been seeded in the underground hip-hop scene of Atlanta for several minutes. His music sits comfortably in hip-hop’s current landscape, but considering his work ethic, ambitious long-term plans, and support network, it seems like only a matter of time before Nessly takes off.

You’ve been tweeting about how you’re planning to further your sound and that your success thus far “ain’t clout, this is forever.”
I’m a young artist, and I make music for young people. I’m a reflection of the culture. From the way I dress and speak to the way I grew up, I’m representative of everything going on. But, on a long-term scale, as I build this fan base, I want it to grow over time and bring those people with me while showing them what I really have planned for the culture. I really want to score movies and shit. I really care about sonics and composition more than anything. I don’t think it shows 100% at the moment because there’s hype built around my name and what I’m doing right now, but I think once the hype dies down, people will be able to see the beauty behind all the shit I’m creating.

I think a lot of artists have these grandiose goals and might be determined to achieve them, but many of them don’t think about how even little opportunities can totally shift your path.
Yeah, and they change how you operate. I actually talk to Drake’s manager from time to time. He really supports what I have going on. This artist that he works with, SAFE, discovered me on Instagram somehow, shouted me out, and I think that was the connection. But like, the OVO co-sign thing wasn’t a goal of mine, but it happened. It was something that I wanted, but I wasn’t basing my moves around trying to make it on there.

When things like that happen, does it change your perspective?
It doesn’t really change my perspective much, because I know these things will come. I know I’m a talented artist, and I know I’m an investment. I know that bigger artists want to touch waves early, which is why some of them show me love. I do the same thing—there are some artists I’ve helped along the way who are bigger than me now. But when a bigger artist finds me, I’m more so intrigued as to how they found me. At the end of the day, I don’t overthink it. These things are going to happen. Talented artists grow and get bigger, and as they do, bigger artists hear their music, they grow bigger from that, and the cycle continues.

I’ve heard from a handful of artists that you’re one of the few people they’ve worked with who will call them up just to have a friendly conversation. Is that rare in the music industry these days?
It’s on an artist by artist case, but I definitely don’t just fish for friendships. I have to get a good vibe. It’s either I really like you, I don’t care about you, or I’m a douchebag. I’m not friendly with just anybody. But when I can tell that people level-headed and I like what they’re doing, I like having those conversations.

It seems like in today’s music industry, everybody always wants something from somebody else.
Oh yeah, definitely. Especially in rap. There are a lot of egos, jealousy, and the biggest thing: the opportunistic attitude. There’s a way to get opportunity without being an opportunist. Of course everybody wants to level up, but if you’re using people as stepping stones rather than teaming up with them, then you’re ultimately just using them. Once I get an opportunistic vibe from someone, no matter how much clout they have, I always respectfully decline. I’m not really trying to work with anyone who doesn’t give a fuck about me as a person.

One of your friends, Lil Yachty, said in an interview that he’s comfortable calling himself a SoundCloud artist. Would you say you’re also in that lane?
I get where he’s coming from, but I think that term refers to a much smaller scale than what I’m after. I really study music. All the heavy 808s and those very trendy sounds that people are centered on right now—I have fun with it, but it’s not all I’m worried about. I won’t tag myself a SoundCloud rapper, but I am making ends through SoundCloud. I’m about to reach two million plays on there, and in January I was at 300,000 plays. It just goes to show the snowball effect that SoundCloud allows.

Do you ever check the analytics on your SoundCloud to see who’s playing your music?
Every single fucking day. I’m so obsessive about it. I literally check every eight hours, and I’ve been doing that for months. I’ll even have one of my boys log in and check for me. I don’t think a lot of people realize that I’ve been doing this since I was 12, and I’m 21 now, but it’s only in the past year that I’ve seen real progress. I stopped depending on other people, I started to record three songs a day, and I learned a lot through trial and error in a small amount of time. It makes me happy to see that people are starting to give a fuck.

You get a lot of Post Malone and Future comparisons. What do you think of those?
I think it’s hilarious. What people who aren’t from Atlanta don’t understand is, we all grew up listening to the same shit, so we all kind of have the same influences. So I didn’t get my shit from Future or Post Malone or anything, but I used to listen to a lot of Lil Wayne, I was behind Young Thug back in 2011. The only recent shit I listen to is like PARTYNEXTDOOR, Future, Travis Scott. I listen to really trapped out shit, and I’m influenced a lot by the underground Atlanta shit.

Are you working on a new project?
Yeah, I am. I’m shuffling through titles right now. I had planned to drop it a couple days after Drake drops his, but when I figured out when he’s dropping his, I cancelled my date for now. You really gotta let shit breathe when Drake drops something.

How does this project compare to your past work?
I’m more comfortable. I’m inspired by my new situations, I’ve been traveling more and haven’t been with family as much. New drama, new money, new fun shit. There are new things to talk about.

Any upcoming collaborations you can speak on?
Me and Yachty will have some new shit coming. We have a really good relationship. We actually did a mixtape worth of material before, but we decided not to drop it. Me and Madeintyo are gonna do a track, too, which is in the works. 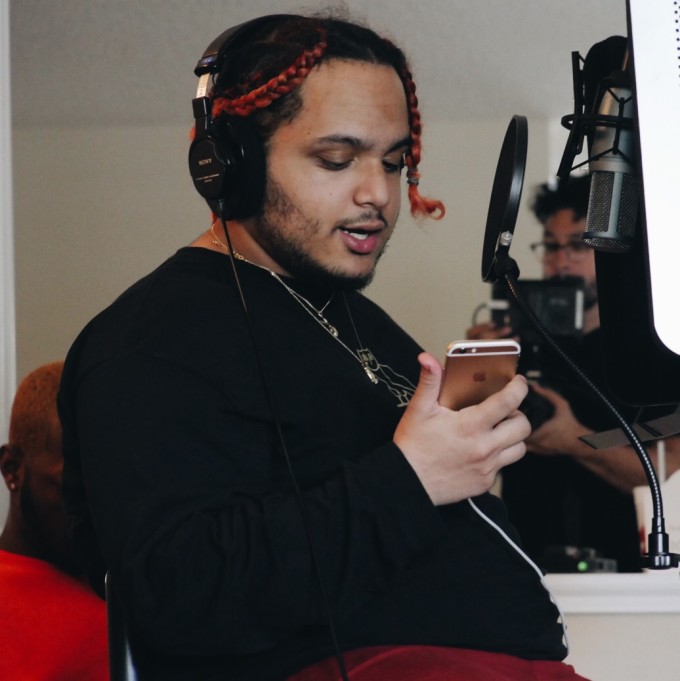