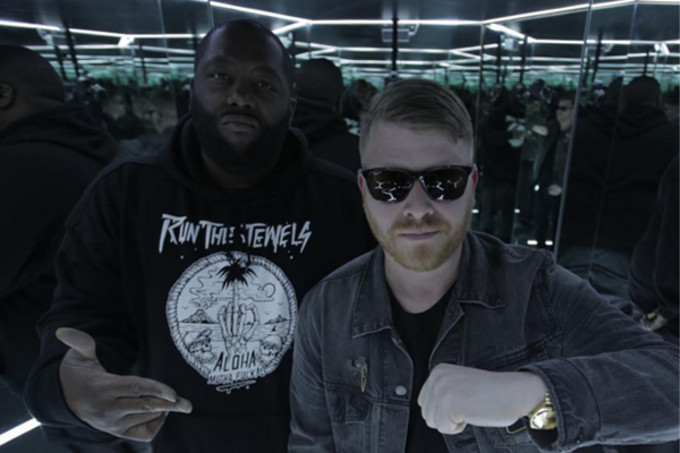 El-P has been teasing RTJ3, his third album as part of Run The Jewels with his BFF Killer Mike, for quite a while now. He announced earlier this year that he retreated to a studio in the woods to start production two albums and now he’s saying that one of those albums could be seeing a release before the end of the year. Taking to Twitter this afternoon, El-P said, “pleased to report #RTJ3 is halfway done, the goal of a 2016 release is achievable and a safer, more profitable global economy in our grasp.”

While the third Run The Jewels album might be taking a little longer than their previous two albums, there’s no doubt it’ll be worth the wait, even if the wait isn’t all that long in the grand scheme of things. Expect to hear more from Run The Jewels later this year, with the duo set to perform at this year’s Coachella among other festivals. 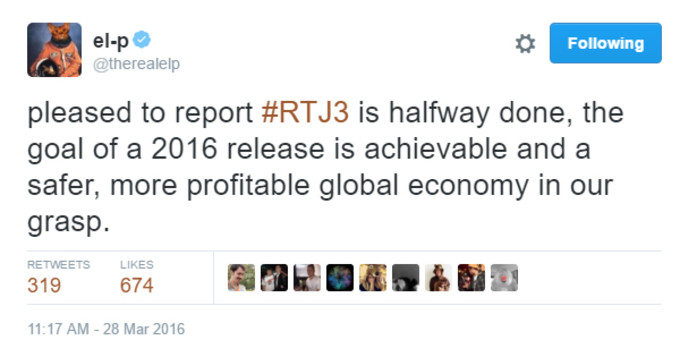