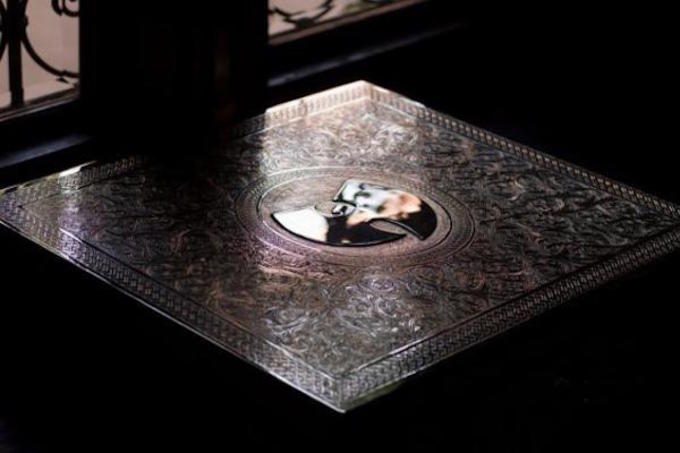 When Martin Shkreli bought Wu-Tang Clan’s sole copy of their Once Upon A Time In Shaolin album, he probably assumed they had done their legal homework.

Unfortunately, that’s up for debate. Long Island artist Jason Koza filed suit against Shkreli and Wu-Tang Clan’s RZA this week, after he saw his sketches in a leather booklet that accompanies the album—the images were captured during Shkreli’s recent interview with Vice.

Koza’s attorney told the Daily News his client “is obviously flattered that (Wu-Tang) loved his work so much, but that doesn’t change the fact that he didn’t give them permission.”

Koza was contacted about his work by Cilvaringz, the unofficial Wu member who allegedly architected Shaolin alongside RZA, back in 2014. Cilvaringz emailed Koza in April 2014, saying he had a question related to “the one copy album RZA and I are doing.”

Koza agreed to talk, but never heard from Cilvaringz again until after the suit was filed. “I see we actually have been in touch before, but never completed,” Cilvaringz wrote. Check out some of Koza’s incredible Wu portraits below.