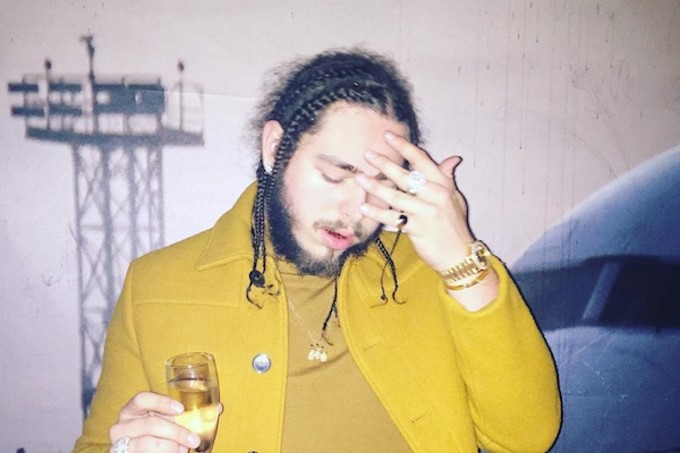 Kanye West hasn’t shared the release date for his upcoming album yet, but one of his recent collaborators just announced his debut LP. Post Malone—who rode the wave of his early 2015 single “White Iverson” to a fruitful year that included a guest spot on Kanye’s “Fade”—wrote on Twitter that his first album will be released in March.

He said, “my album in March…. i believe will change the world. i can’t wait for everyone to share my journey with me.”

It looks like Post Malone will be on the road when his album drops, as his opening gig on Fetty Wap’s tour starts in early February and extends through to the end of March. No details about the tracklist have been reported yet, but it could potentially include any of the songs he released in 2015: “White Iverson,” “Tear$,” “Too Young,” “Whats Up,” “Holyfield,” “#Mood,” and “Boy Bandz.”