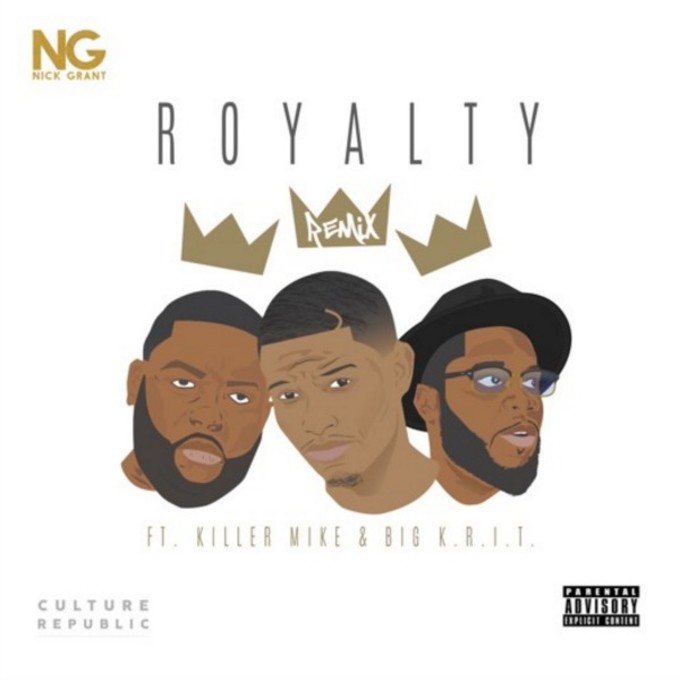 Newcomer Nick Grant has been creating a buzz for himself in the last few months. In such a short period of time, the South Carolina-native already finds himself connecting with two big names on a remix of his breakout single “Royalty.”

While the original track featured CyHi the Prynce, Grant recruits Killer Mike and Big K.R.I.T. for a new spin on the track. Rather than just simply adding in K.R.I.T. and Mike’s verses to the track, Grant pens a whole new verse to give this single a fresh perspective.

Listen to “Royalty (Remix)” below, and the original underneath it.