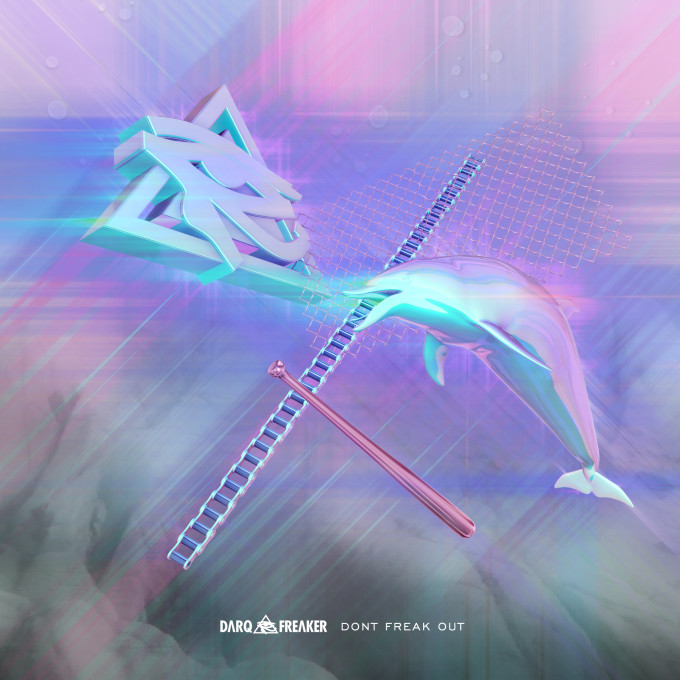 Darq E Freaker is one guy you always need to be paying attention to, whether that means checking his SoundCloud regularly or following him on Twitter. The British producer is a talented artist who brings many different styles to the table, from raw grime to tough trap, to spaced out beats for vocalists.

On his new project #DontFreakOut, Darq E flexes his curatorial skills, calling on a wide range of collaborators, from UK underground legends to rising stars. He broke down who he worked with on this project and why over email:

“Scruffizzer always sounds interesting both in his energy and manner of speech. He also has a great flow. Obviously D Double E is legendary and has a unique style of delivery, he’s a grime emcee’s favorite emcee . Maxsta is deadly and kills everything he is on. Also very unique is his sharp agile delivery.”

“For Dai Burger, I heard her rapping and thought that I could add something harder and more mechanized to her sound that could work well. I really like that Chynna’s style is quite current but conscise which is quite rare these days. Love Liv’s voice… very sexy. I really wanted to work with Peryon after hearing him on Gunplay’s “Comin Down.” His voice is really affirmative and grabbing, he’s real.

“Coming to work with Rachel, I wanted to put my own spin on a style of R&B thats really popular on the internet at the moment as a way to juxtapose the other vocalists who come from distinctive real life scenes in music against something more general and contextless. Finally I chose to remix ‘Aiight’ because Gunplay is one of my favorite rappers. His disposition is sick. The remix kinda shows what I’d do if I was given the opportunity to work with him.”

#DontFreakOut is the first release on Darq E Freaker’s label Thrift World Order. Listen in full below, and read a little more about the though process behind this project.

“Theres a wide range of music that finds itself categorized as urban—grime, r&b, hip hop, trap etc.. So this music is “urban electronic” because it features electronic sounds you hear in an urban environment but also because of my background and the backgrounds of the featured vocalists. With the exception of Gunplay and Rick Ross, the people on this project are musicians I’m friends with, who also make types of music that finds itself in the “urban” category. Grime, trap, r&b, boom bap, trill, etc. So collectively, all these individual collaborations come as my own survey course to “urban” music. The tracks are my reinterpretations of each vocalist’s world.”—Darq E Freaker