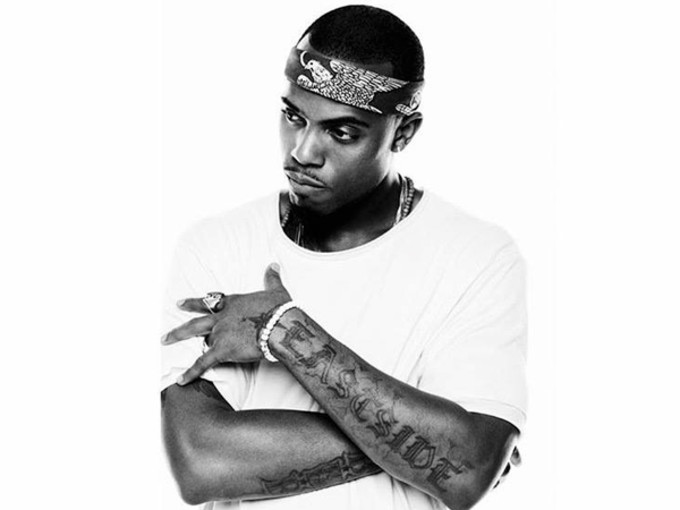 Most musicians use Twitter to interact with fans and promote new music, but B.o.B has more on his agenda. He’s taken to Twitter to share his beliefs about the planet we live on. Mostly, he just wants to let everyone know that he believes Earth is actually flat, and he’s got evidence in the form of photos and mathematical equations.

“If my words didn’t hold any weight, my account wouldn’t be censored,” the Atlanta rapper reasons. And for those ready to dismiss him as a conspiracy theorist, B.o.B has this to say: “Don’t try to back me into the ‘conspiracy theorist’ corner… don’t be fooled. I speak from personal experience.”

See his tweets and Neil deGrasse Tyson’s response below:

While B.o.B has surely convinced some of his fans, astrophysicist Neil deGrasse Tyson isn’t having it. He responded to B.o.B with the following: 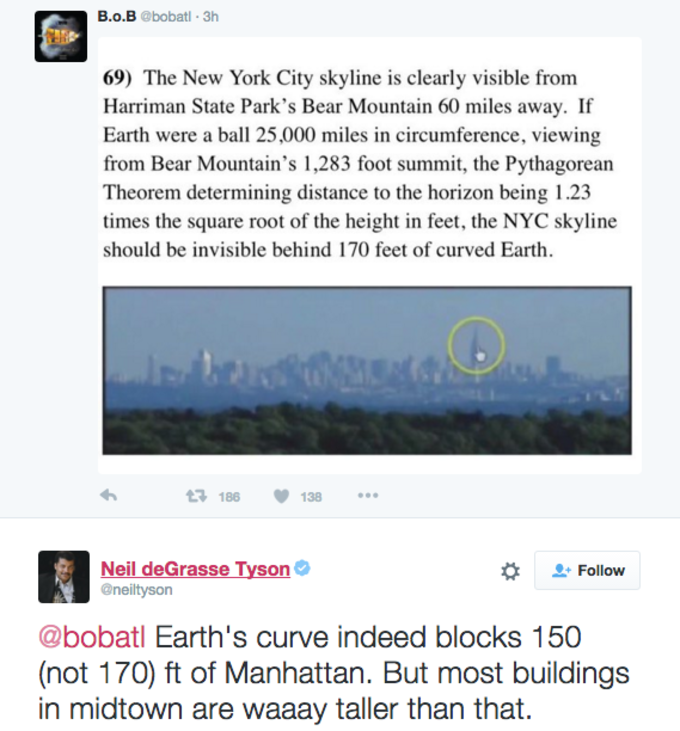 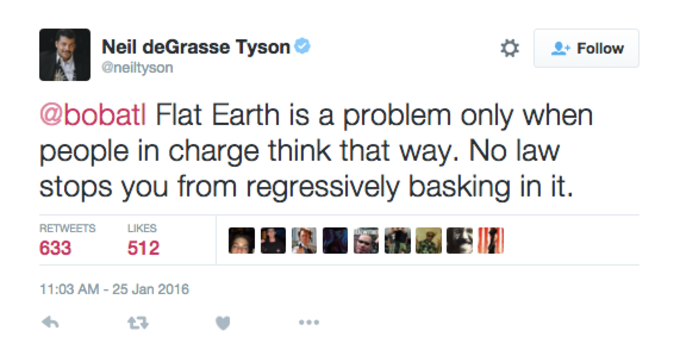 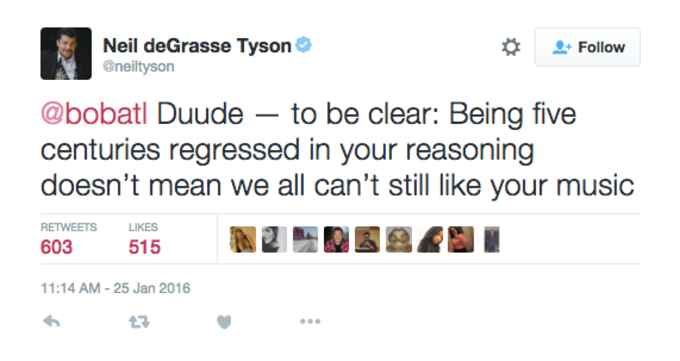