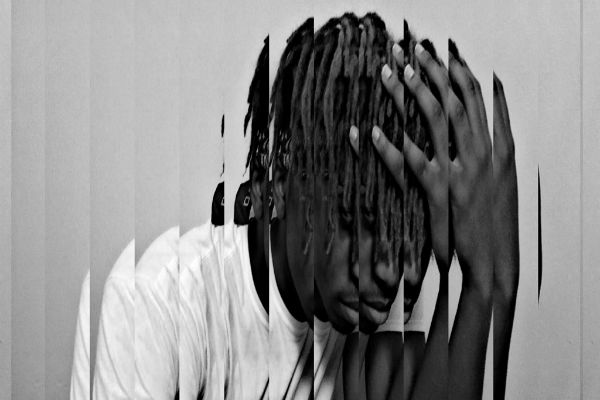 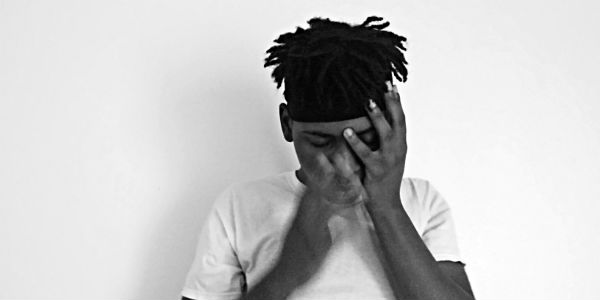 17-year-old Baton Rouge rapper Caleb Brown presents a curious corollary to my recent thoughts on young rappers and the current climate for artist development. He’s seen much in his short life and he’s got a far more nuanced ability for expressing his observations than most human beings, let alone artists, his age. This unusual gift of perception emerges in full view on Brown’s latest release, “Gone.”

“Throughout the song, it talks about the battles of depression and trying to cope with those trials with the euphoria of drugs,” says Brown via email about “Gone.” “I go on to speak about the city in which I’m from which is obviously Baton Rouge, nicknamed ‘BatonStan’ from murder, drug dealing, robberies and women giving their bodies up for profit this city is small but has plenty of stories to tell. Next, I proceed to talk about the evils of money and how it can change a person, even make you change on the ones you love the most as you can see in the outdo I have been ducking phone calls from a girl who wants to give me the world but I’m busy focusing on getting to the check.”

Caleb’s music exhibits two sides of the development coin. As a modern listener and critic (at least that’s what my mom and dad think I am), I’m fascinated to watch so keenly observant a talent evolve and stretch the bounds of his voice in real time, figuring out new ways to convey his worldview on each song. As a musical romantic, I wish he’d hole up in a studio until he’s 21, compile all his stories and thoughts into the most cohesive package possible, and release a fully formed statement. Of course, it’s possible to split the difference with proper guidance (Vince Staples did to a degree), so long as Brown is able to drown out whatever faulty feedback mechanisms the internet may provide if he does indeed start to gain momentum. 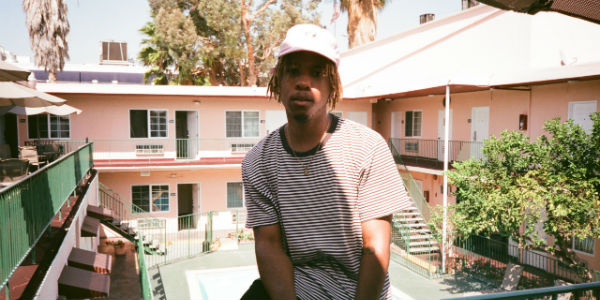 Image via Young Gods of America

Arkansas rapper Goon des Garcons (who refers to himself as a “BLACK TRASH ROCKSTAR”) first impressed with “L.A.W.W.D.,” a raucous empowerment anthem gaining resonance when taken in the context of Goon’s hometown: Little Rock, Arkansas, capital city of one of America’s most maligned (and often misunderstood) states and a site of continued violence (as rapper Cuz Lightyear noted throughout his grim project CUZ).

Goon’s FORTHETIMEBEING EP sounds like someone forcibly attempting to pry himself out of life in Arkansas, impassioned raps set against riotous, distorted soundscapes—it’s Travis $cott without the polish of a major label peering over his shoulder to make sure the music is ripe for radio (which is further proof that time is a flat circle, since Travis $cott used to be Travis $cott making music without the polish of a major label pushing its radio concerns). While FORTHETIMEBEING isn’t a revelation in craft or style, it plays as an impressive statement of purpose—particularly on heavy opener “BACK ON THE RD”, which plays like a young titan attempting to rip the ground around him up and toss it aside to start his whole state over from scratch (an image befitting the leader of a group billing themselves “Young Gods of America“). 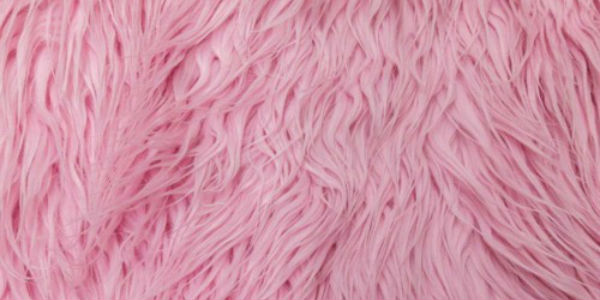 If the year was 2001 and hip-hop’s underground was once again trafficking in high concept (or even just moderately conceptual) mania, there would probably be a compilation brewing about cell phones, proper etiquette, and humorous phone interactions by now (Extended Famm’s 2002 gem “Celly” comes to mind as a banner moment this sub-sub-sub-genre).

Father and Makonnen turned make and model into a hypnotic, deadpan anthem on “Nokia.” Drake (who’s really an underground rapper and Little Brother understudy at heart) made the biggest hit of his career about cell phones and has always had an obsession with the devices that connect us and have the potential to cripple us (“So I’m goin’ through her phone if she go to the bathroom/And her purse right there, I don’t trust these hoes at all”). Erykah Badu flipped the aforementioned Drake hit into an entire project about phones and, by extension, the nature of human communication, love, and loss (and well before it was cool to cover “Hotline Bling,” she already had a heart-wrenching ode telephones and lost friends).

In an edition of 5 On It from last September, New Orleans’ Pablo Mirena gave absurdly humorous life to the ignoring phone calls on his lo-fi “Let It Ring.” Virginia duo Dead Presidentz’s “Voicemail” playfully explores the same concept over a blissfully simple beat. Witty, quirky, and decidedly oddball, it’s a perfect addition to the imaginary cellphone compilation. 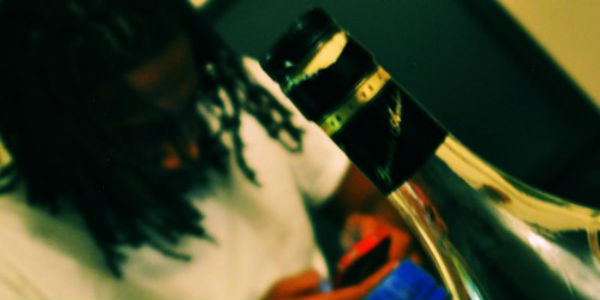 East Oakland rappers Gee and Key$z’s “All Black” ticks a lot of my boxes for a compelling rap song: grim, hypnotic, suggestive of the past, but firmly rooted in the present. It doesn’t really feel like it needs too much more elaboration—it’s a “just-press-play” situation. We can discuss the implications later. 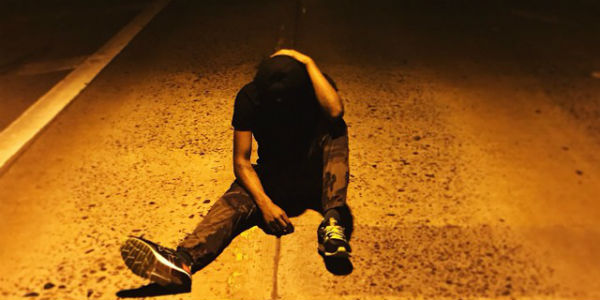 South Bronx rapper Dot Demo’s “Indigenous Man” feels like a transmission from an alternate reality where Smif N Wessun and O.G.C. won the war and commercial rap took on a decidedly grimier facade. Blending the sort of grit and sly intellect that typified the Boot Camp Clik’s witty street observations, Demo styles himself a bit more self serious than his forebears on “Indigenous Man,” but his nimble, determined rapping give the song a sense of satisfying momentum.