The Neighbourhood had one of the best albums of 2015 with Wiped Out!, but the California band brings it back to their 2013 album I Love You. today with an alternate version of the song “Afraid.” The new version was uploaded to the band’s VEVO page along with some simple and on-brand black-and-white visuals. Check it out above.

UPDATE: It’s unclear was re-uploaded to the band’s VEVO, but it was apparently some kind of mistake, and this isn’t actually an alternate version of the song. 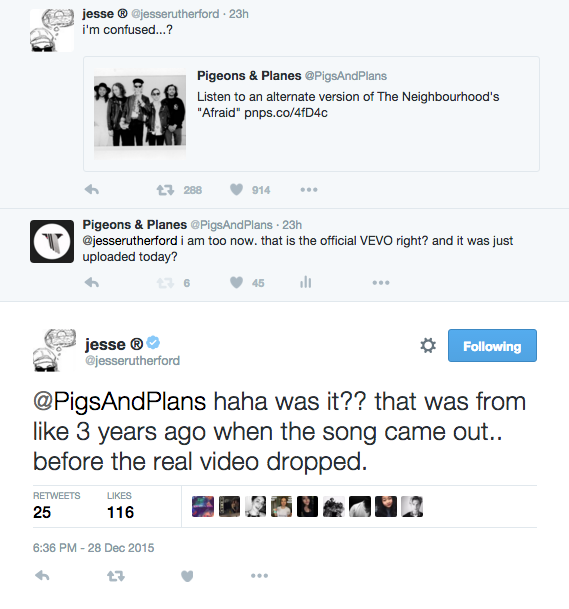