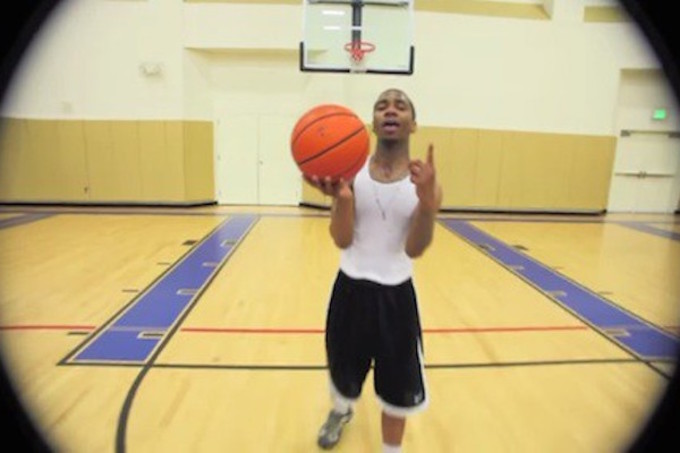 Lil B makes appearances on podcasts hosted by NBA-centric websites because that is what an earth-walking deity does. The notable Warriors fan spent some time with Adam Lauridsen of Warriors World to address his beloved basketball team, hip-hop plans, and, of course, Kevin Durant. He says he’s been fine-tuning his skills in preparation of a possible showdown with one of the League’s current scoring greats.

“I actually just read the NBA rules,” he admitted. “I’ve been reading the rules of the NBA and making sure, even if I’m playing streetball, I’m just trying to train and play the best, most honest ball I can.”

The multifaceted artist also acknowledged a collaboration in the works with Cleveland Cavs player Iman Shumpert. Such news is particularly significant because of how the friendship first sparked: the ball player spared his Cavs an unfortunate curse after diplomatically responding to allegations of theft of the Lil B cooking dance.

The tweets shown below tell the story quite well. Listen to the full podcast here, courtesy of WW.

And of course, a timeless classic for your Friday evening.