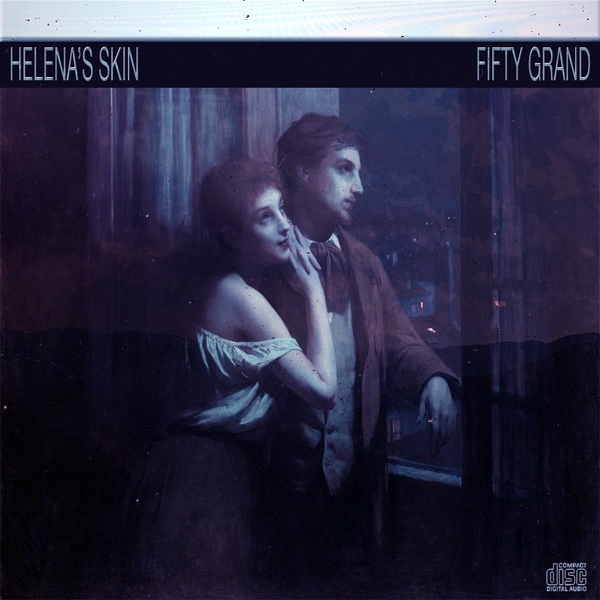 SoundCloud favorite and budding cult-producer Fifty Grand has been gearing up to release Helena’s Skin for a while now, continually teasing it with a number of ever cryptic tweets. Now, it’s finally here. The L.A.-based, Connecticut-raised producer possesses an incredibly heavy, but often beautiful aesthetic that leans in on gothic romanticism with a modern approach. His productions range from gloomy but serene pockets of sound all the way to trapocalyptic cacophony, and no matter the approach, his music is capable of grabbing attention within moments.

Helena’s Skin opts for his more cerebral, percussion-free approach, and it’s perhaps his most interesting release for it. Like the dying tears of Earth itself, the release looms with a medieval menace that leaves an impact despite avoiding all of the elements that has made his production sound so huge in the past. It’s a bold release that only showcases a fraction of what he’s capable of, but it remains enjoyable thanks to how focused it really is. It’s spectral, a haunting both positive and negative, focusing on the thin line between beauty and ugliness.

Listen to the whole of Helena’s Skin below, or grab the EP as a name your price download here.