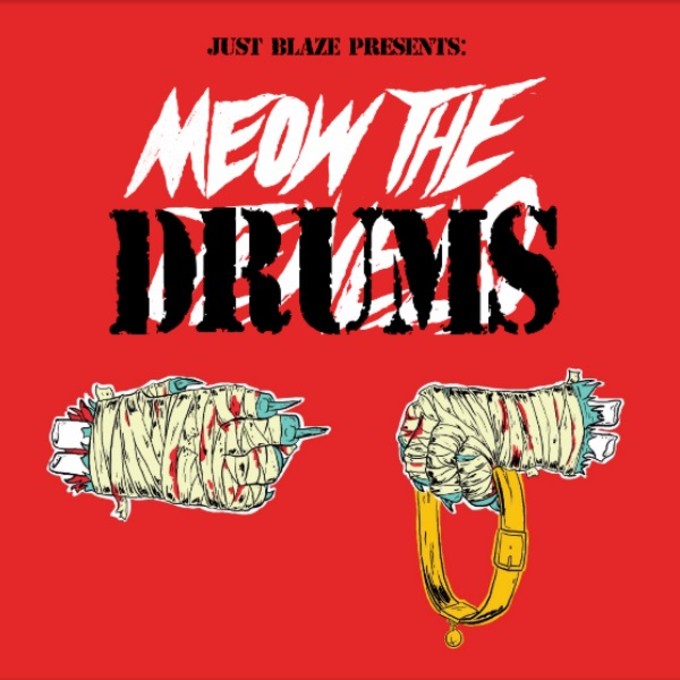 Months ago, Run The Jewels joked about re-releasing their album with just cat sounds. But the internet is where wildest of dreams come true, and because of it Meow The Jewels was brought to life. When the Kickstarter was originally launched to help fund Meow The Jewels, Just Blaze said that if Run The Jewels met their goal not only would he contribute to the project but he would also share a collection of drum samples from 2001-2005 that fans could download. That day has officially come.

Just Blaze finally fulfilled his promised and delivered a free (!!) download of his early ’00 drum samples. Simply calling the release, Meow The Drums. Now aspiring producers can try their best to recreate some of Just Blaze’s classics, or better, be inspired to create some new gems of their own.

Just Blaze said this about the release:

Thanks to all who contributed to making Meow The Jewels a success. For the uninitiated, I promised to contribute a remix to the project if it was funded, and as an added bonus a good amount of the signature drums I used on many records in the early half of the 2000’s. Please note these are the raw, relatively unprocessed files straight out of my MPC (hence the delay in tracking them down and getting them to you guys).

That said, in most cases, you’re not going to instantly press a pad and be like ‘OMG, IT’S THE SUCH AND SUCH SNARE!’ (though that will happen in a few cases). I used a lot of layering, compression, and EQ / Mix techniques to get these things to sound like the drums many of you knew and loved. Enjoy this starting point, and happy drumming! P.S. This is just the beginning. Stay tuned to Splice.com for much more!!