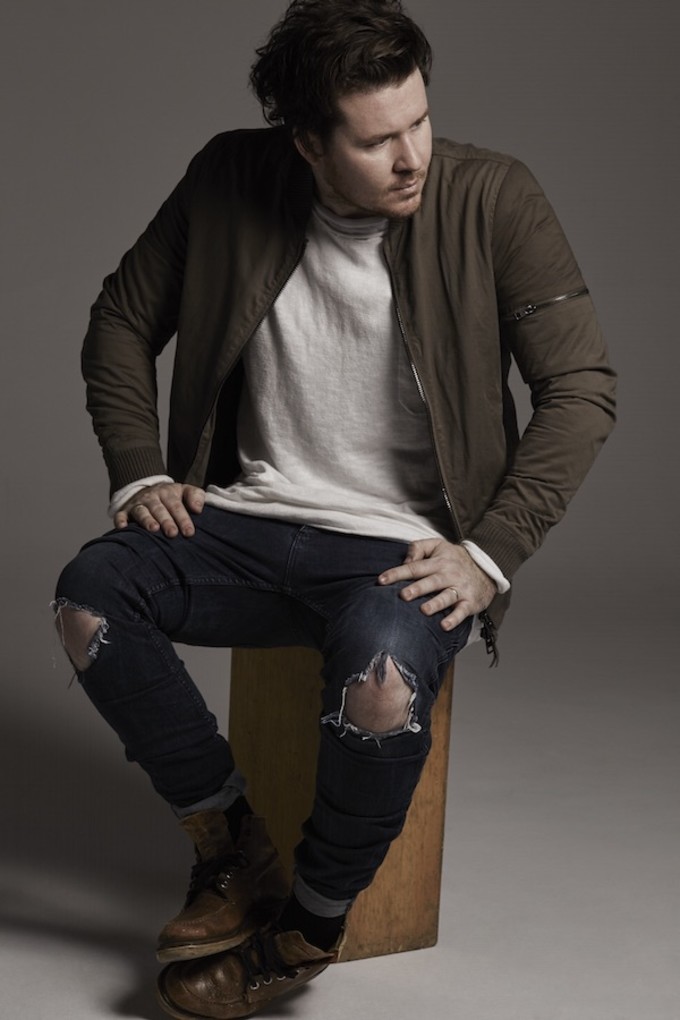 Jarryd James has just five songs out in the U.S. right now: one of them, “Do You Remember” is double platinum in his native Australia (and blog-famous internationally, with close to two million SoundCloud plays and over 20 million Spotify streams), and another, “This Time (Serious Symptoms, Simple Solutions),” was premiered on Beats 1 by none other than Zane Lowe. Still, the alt-pop newcomer is surprised that people even show up to his sets. “I couldn’t believe it,” he tells P&P of the packed houses he played on his recent U.S. tour supporting Meg Myers. “Everyone came to see my set—even though I was the opener, which is very new to me. In Australia, people don’t really do that.”

The singer-songwriter’s polished blend of R&B and lush pop has already earned him assists from heavy-hitting producers like Joel Little (Lorde) and Malay (Frank Ocean), and comparisons to fellow Aussie crooner Chet Faker. Ahead of his debut LP Thirty One (already out in Australia, and due out in the U.S. early next year), James spoke with P&P about the long road to finding his artistic voice, how to avoid being a one-hit-wonder, and why he loves J. Cole (really).

You’ve been in the industry for a while, but when did you first start making music?
When I was a kid, I learned instruments and stuff starting from when I was around six—I started playing the trumpet. But I didn’t really start writing my own music and making my own stuff until I was about 20. Then for the next 10 years, I just really loved doing it.

What were you listening to growing up?
When I was pretty young I listened to a lot of Stevie Wonder, The Beatles—the older stuff that my parents liked. I didn’t really listen to the stuff that other people in my class at school were into. Harry Chapin, Harry Nilsson, the Eagles—a lot of that kind of thing.

As a person who’s been through a whole major label deal before [James fronted a group called Holland], what’s the difference between how it went the first time around and how it’s going now?
I actually do feel like I’m making what I want to make more, and what I should have been making all along—in saying that, I still took the path I needed to take. What I was making before, I really loved. I just don’t think I was being too honest with myself about about what I was doing. But I am now. I sort of stopped making music for a couple years, and then when I started again, it was out of honesty, and even out of necessity, because I got pretty depressed and down when I shut music out of my life. When I did it again, it was because I had to bring it back into my life.

What did you do during your time off?
I just threw myself into my job—I had a job looking after young people. I applied myself to that. It was actually a really amazing job, and I learned a lot. But in doing that, I neglected the side of me that needed and loved music. I kind of paid for that [Laughs]. It was necessary, though, because it brought me back to wanting to do it again.

Definitely–I mean, sometimes you have to take some time off to realize what you actually want to do.
Yeah, I think I needed to reset my brain a little bit.

What do you think makes Australia’s music scene distinctive?
I think because of how far away we are from everywhere else, it’s always going to have its own distinctive thing about it. I think the same goes for New Zealand—there’s a lot of really cool stuff that comes out of there. Lately, it’s just really cool that the internet has worked as a way to make the music accessible.

A lot of people I speak to are from America and Europe and the U.K., and they all say the same thing: that they’re falling in love with a lot of Australian music. That’s cool, because it’s been a long time coming. There have always been creative artists and musicians from Australia, but it’s been a bit frustrating because we’re so isolated from the rest of the world. It’s cool that people can access it now.

I know you’re working with some top-flight producers on the album–how did you get connected with them?
I met Joel Little at an awards night in Australia for publishers and songwriters. He’d seen me perform at this thing—and I was really happy that that’s how it started, because it wasn’t contrived or forced, it was just that he’d seen me make music and he wanted to work with me.

I’m not the guy that will chase someone down and try to make something happen—I don’t really like doing that. It was the same sort of thing with Malay, where we had a mutual friend. I had mentioned to people that I’d love to work with him, because I love his work as well, but there’s no way in the world I’d try and initiate something like that. But I got a random message from his manager, saying that he’d heard I was in L.A. We ended up in a room, and I played him some stuff that I’d been working on, and we decided to make some music. It was really cool and natural and unforced.

Do you produce yourself as well?
Yeah, I’m actually in the studio right now working on some new stuff—some of what’s on the album I produced as well. I’m not a very good producer, but I know what I like and I know what my skills are. I’m always trying to get better. 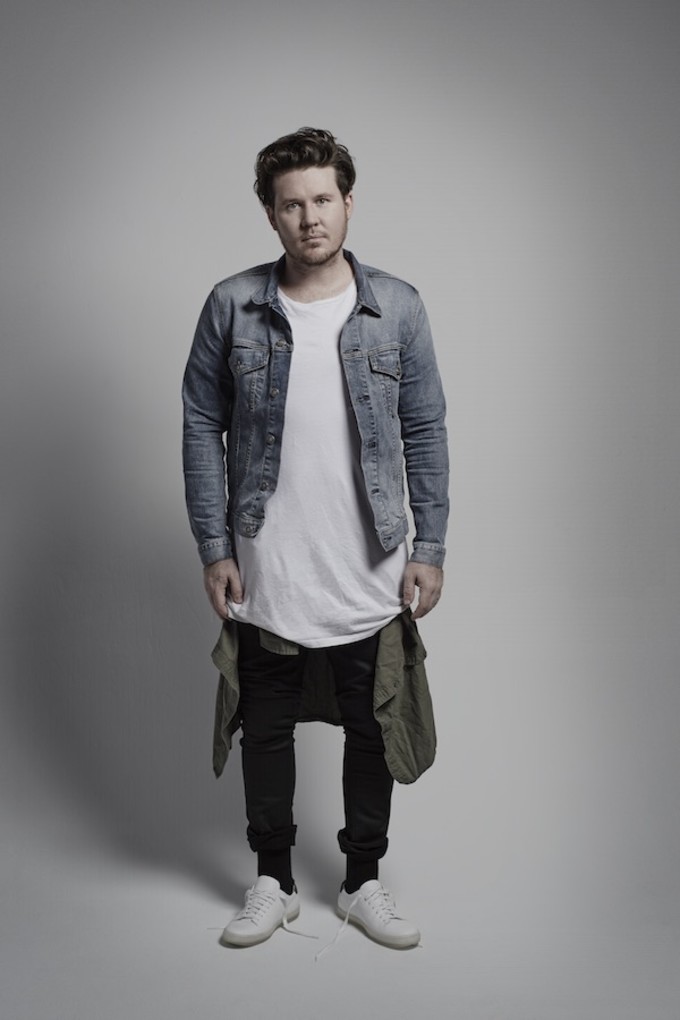 You just wrapped up a U.S. tour, right?
Yeah, I was supporting Meg Myers. It was really cool—obviously because we covered a lot of ground around the States, the attendance varied [Laughs]. But when it was good, it was really good. We started in Tuscon, Arizona and it was packed—I couldn’t believe it. And everyone came to see my set—everyone came for the opener—which is very new to me. In Australia, people don’t really do that. They wait until the main act to get to the venue. I’ve noticed that people in America, if they’re going to come, they come for everything.

What else are you listening to these days?
Lately I’ve been listening to a lot of J. Cole. Yeah, I love his shit, he’s really good. And Kendrick Lamar as well. I just really love listening to artists that know how to make an album. I feel like it’s a bit of a lost art. They really make an album, and it flows. You can listen to it from start to finish, and I appreciate that.

Do you ever see yourself collaborating with a rapper?
Yeah, definitely. In fact, I just had a track come through from an up-and-coming dude. I don’t know if I’m able to say yet, but I have him feature on a track, and I love it.

Who are your dream collaborators?
Kendrick for sure, but I don’t know if he would be into my shit [Laughs]. Ah, so many people, I wouldn’t know where to start. It would just be whoever suits what the song is—sometimes it’s tricky.

A lot of people I speak to are from America and Europe and the U.K., and they all say the same thing: that they’re falling in love with a lot of Australian music. That’s cool, because it’s been a long time coming.

Who are a few Australian artists that U.S. audiences might not know but should?
There’s a woman you might know of, Meg Mac? She’s so good. She just toured America supporting D’Angelo–I’m doing some co-headlining shows with her in Australia, which is going to be epic. Her voice is incredible.

You should also look up a band called Alpine, they’re amazing. Also one of my best friends in the world, his name is Matt Corby—he’s also one of the best singers in the world.

I know you said that you’re into album albums, with kind of an overarching idea and flow—does your own have any sort of guiding theme?
Not as far as an actual theme, but I think the feel of each song, in some way, it flows, as far as when you’re listening, how it makes you feel. That’s kind of how I make music—to make myself feel something and to make people who listen to it feel something. That’s how I try to make it flow and make it tie together, rather than an actual theme that you can talk about.

You’ve fielded questions about this a lot, but what is it like to have one breakout hit that kind of goes everywhere—is it a blessing or a curse?
It’s kind of mixed, actually. Definitely an amazing thing, and it’s been great for everything else I’m doing, great for my career. Opened up a lot of doors, and made it possible for me to just make music all the time, and do what I do.

At the same time, I’m back in the studio now, and as much as you want to push it out of your head, it does affect how you’re trying to write, because you’re trying to outdo yourself a little bit sometimes. That can be a little stifling creatively. You’ve gotta find ways to get your head out of that. I’m trying to do that at the moment. But it’s like, I can’t exactly complain.