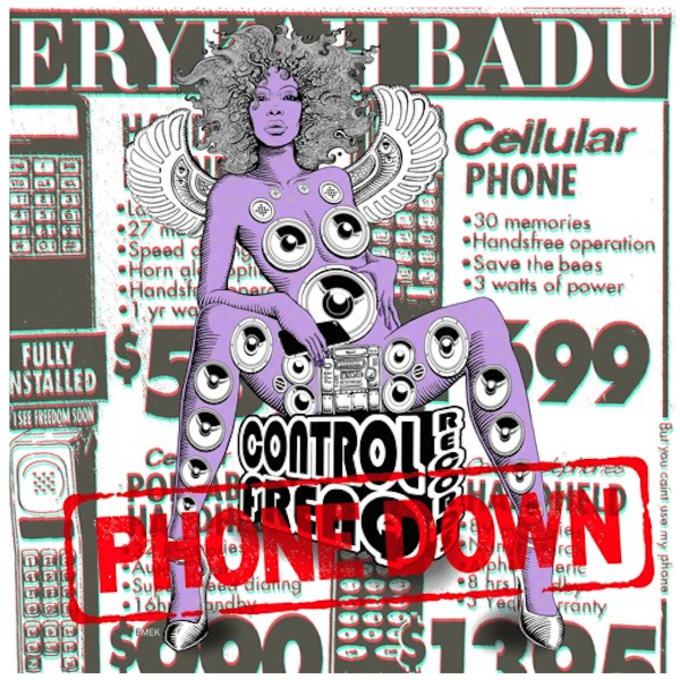 When Erykah Badu told the world she had a new mixtape coming this week, the news was welcomed with a hint of skepticism. True, her recent “Hotline Bling” cover was untouchable, but Badu had also talked about releasing a mixtape back in July. That “mixtape” ended up being a playlist, which is not the same thing.

Thankfully, history is not repeating itself. Badu has released “Phone Down,” the first offering off her upcoming But You Cain’t Use My Phone tape. Drake definitely wouldn’t sound out of place on this first single, a silky three-minute loop that makes a strong case for eye contact and independence from technology. Put that phone down and listen below.