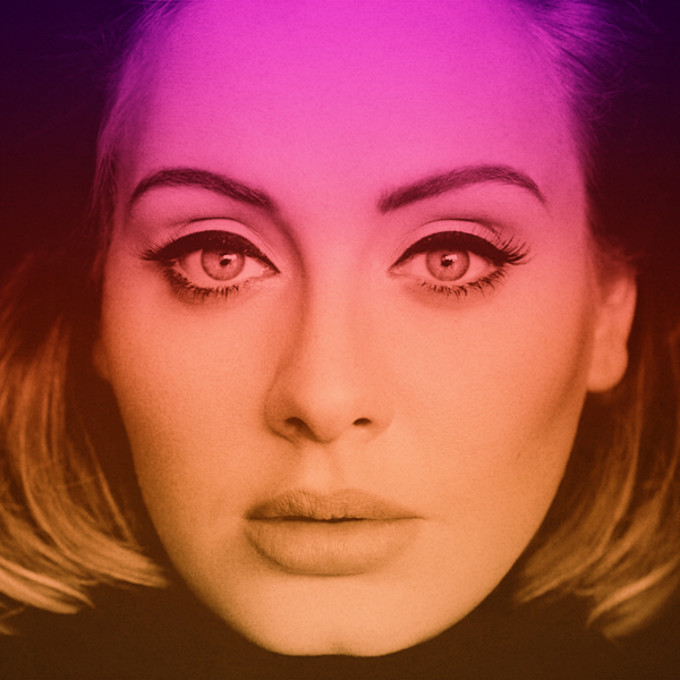 In Adele’s recent interview with Rolling Stone, the singer spends a lot of time talking about missing the past.

“It doesn’t take over my life,” she tells writer Brian Hiatt, “But I have a yearning for myself from, like, 10 years ago, when my only responsibility was writing songs for myself before anyone cared, and getting to school on time. And there was something so amazing in that. You know what? What annoys me the most is that you don’t realize how amazing it is to be a kid.”

It’s not just in interviews that Adele talks about feeling old. The titles of songs on her forthcoming album are a study in nostalgia, too: One of the songs is called “When We Were Young,” and another is “The Way We Were.” Even “Hello”—the single that blew up the charts when it came out at the end of October—while seemingly about a lost love, is in fact about Adele’s past self:

“It sounds a bit morbid, like I’m dead,” she says of the song. “But it’s actually just from the other side of becoming an adult, making it out alive from your late teens, early twenties.”

It might seem strange that Adele feels old, given that she’s only 27. That’s pretty young, especially for millennials, a generation constantly accused of pushing back adulthood. And she started working on the album, called 25, when she was just (you guessed it) only 25.

It might seem strange that Adele feels old, given that she’s only 27. That’s pretty young, especially for millennials, a generation constantly accused of pushing back adulthood.

“The album’s melancholia about the passage of time is very real, if slightly premature,” Hiatt points out.

But to me, the sadness that Adele is expressing is, in fact, right on schedule. I’m a year younger than she is, and as soon as I read the interview and listened to “Hello” through the lens of her talking to herself, I knew what she meant. She’s describing the same pang that occasionally catches me by surprise when I’m on the train home from work, or when I walk by a group of high school or college kids laughing together as they make their dawdling way down the street.

Because what Adele is singing about is the very specific 20-something sadness that comes not with being very old, but with realizing that, for the first time, you’re no longer that young.

“You’ll never feel older than you feel when you’re 25,” my mother said to me on my 25th birthday. I sat in my parents’ kitchen on one of the same stools from which my legs used to dangle, unable to reach the floor.

I can’t remember what I’d said that made her tell me that, but I think it was something along the lines of how for the first time, I felt like I couldn’t make excuses for what I had or hadn’t done based on the fact that I was a young idiot.

At 25, you might be an idiot, but it won’t be because you’re a child. Blowing out 25 candles felt like I was moving away from the version of myself I knew best, and towards an adult version from whom I wasn’t sure what I could expect.

Because what Adele is singing about is the very specific 20-something sadness that comes not with being very old, but with realizing that, for the first time, you’re no longer that young.

As we get older, even if “older” isn’t actually “old,” you slowly become aware that the stakes are higher. You’ve either started to get where you hoped you’d be in your career, or in a relationship—or, if you’re lucky, both—or you haven’t. You might have something to lose. From there, for me at least, being in my own brain can feel like a dark choose-your-own-adventure story where every outcome leads to disappointment: How will I blow it? When will I blow it? What will happen when I blow it?

And if you haven’t gotten where your younger self thought you’d be by the time you were an actual adult, you’re plagued with a different set of questions: Why not? What could I have done differently? Either way, you have an awareness of consequences that most adolescents don’t fully comprehend.

None of this is news. I’m sure people have felt these same pangs for as long as cavemen started living beyond 30. But when you’re the one realizing it, it feels very new. It’s a surprise when it happens.

For example, the other day, I was talking to a friend who’s 28 and planning his wedding. I asked him how he was, and he looked at me and shook his head.

“I’m stressed,” he said. “I have to figure out how to pay for the wedding, I just got a medical bill that was wrong, I have a huge presentation to prepare for…” He trailed off. “It’s real-life shit. It’s adult stuff.”

He looked puzzled after he said that. It’s like he was thinking, “How has this happened to me?”

Being a teenager can be brutal. It’s plagued with arguably more doubt and insecurity than any other time in your life. But what Adele—and I, and many of my friends—are suddenly aware of missing is the possibility, the lack of responsibility, and the excitement that comes with being too young to know better, or to care. When you were stupid enough to do things like get drunk and shoot fireworks out of a car window on the Fourth of July (hypothetically).

There was also the feeling that you and your friends were, for the most part, all in it together. You were all on roughly the same page, whereas your trajectories as you get older diverge. Some of my best friends are married, some are single. Some are famous, others are still trying to pick a career. Some have made money, others haven’t. Some are responsible, others are doing things that are the real-life equivalents of shooting fireworks out of moving cars.

I took solace in what my mom said to me a year and a half ago. It made me hopeful that, while we may not feel that same kind of heady excitement that comes with new experiences and the thrill of youthful danger and immediacy, there’s an adult equivalent that comes with settling into yourself.

And while I am still pretty young, I think I’ve caught glimpses of that equivalence—it might not always feel like fireworks, but it’s reaching new depths of friendship, mastering a skill, or realizing you’re capable of a degree of thoughtfulness you didn’t expect. You can still surprise yourself. As we grow up, what we lose in a lack of responsibility, we gain in experience, in answers, and in confidence. The “other side” of childhood that Adele sings about can be filled with love, with wealth, with art. With meaning. It’s less stimulating, maybe, but it can be far more satisfying.

And yet, like Adele, I still sometimes wish that I could, on occasion, pick up my flip phone and answer nostalgia’s call from the other side.