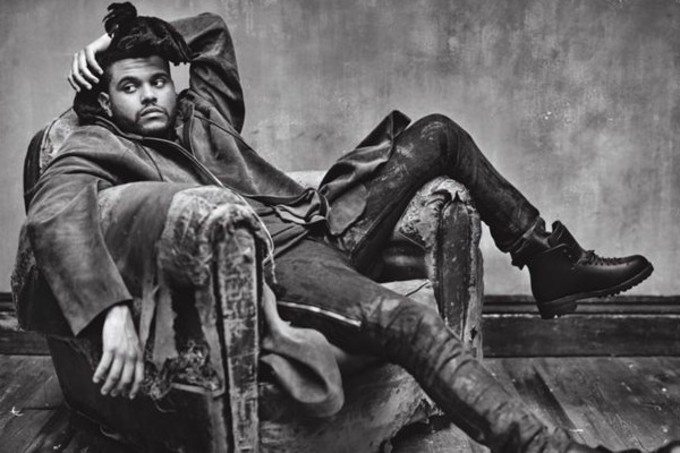 The Weeknd has gone through an incredible transformation in what feels like the blink of an eye. In 2011 when he first emerged on the scene with his House of Balloons mixtape, listeners weren’t even sure if The Weeknd was a band of a person. Today, The Weeknd is as mysterious as he once was—the artist who once shied away from press has become much more open and comfortable with the idea of letting people interview him.

In the past, he’s shared some truly unexpected stories, like the time Ed Sheeran and Waka Flocka had a rap battle in his own condo. It seems like weird nights are becoming the norm for him though. In a recent cover story for Rolling Stone, The Weeknd explained an odd first encounter with Taylor Swift. During a Grammy after-party, he remembers being approached by Taylor and having her gush about how much she liked his music: “She was like, ‘I’ve been listening to ‘The Morning’ for years—it’s one of my favorite songs ever!’ I mean, she might have just Googled it. But she seemed genuine.”

However, the strangest part of their interaction came a bit later as Taylor continued to talk to him. He explained the weird moment further:

“But the whole time she was talking she was kind of, like, petting my hair? I think she was just drawn to it—she must have been a little gone off a few drinks. And of course I’m not going to be like, ‘Hey, can you stop?’ I mean, it felt good! But when she started petting my hair, that’s when I was like, ‘I definitely need a drink.'”

Thankfully, the in-depth Rolling Stone interview showed more than The Weeknd’s party side that we’ve already become familiar with. “When people meet me, they say that I’m really kind—contrary to a lot of my music,” he said. Not only does The Weeknd seem to be quite nice, but he seems rather humbled and focused as well. “We live in an era when everything is so excessive, I think it’s refreshing for everybody to be like, ‘Who the fuck is this guy?'” he said. “I think that’s why my career is going to be so long: Because I haven’t given people everything.” However, he seems ready to drift back into obscurity sooner than later, “I already can’t turn on the radio. I think I’m gonna drop one more album, one more powerful body of work, then take a little break — go to Tokyo or Ethiopia or some shit.”