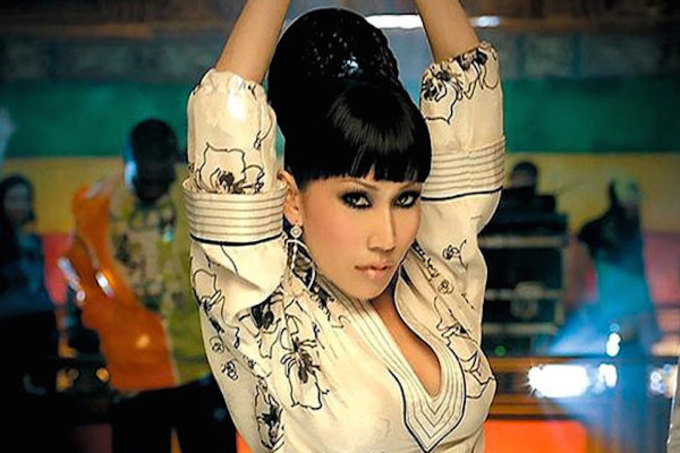 The defense was a good one: when church leaders in Singapore were taken to court over the misappropriation of $36 million in church donations, they insisted that the money was used to spread the word of God. An admirable ambition, if you believe it.

Watching SUN (a.k.a. Geisha) perform her pop hits like “China Wine,” however, you’d be forgiven for missing the pious undertones. There’s more time spent with Wyclef Jean than the man upstairs, and Geisha’s dance moves don’t exactly scream “chaste.” This week, a judge convicted six of the church leaders—Geisha’s husband Kong Hee included—of fraud. The church leaders defended the pop star’s career as a “crossover project.” They face up to 20 years in prison.

The City Harvest Church is one of Singapore’s largest, with a congregation upwards of 15,000 people. Kong Hee and his wife (born Sun Ho) founded the church back in 1989, and subsequently used the congregation’s cash to fund five studio albums. They found great success in the Asian market, and Sun Ho moved to Los Angeles in 2009 with plans to break into the American market.

Wyclef appears in the above “China Wine,” Geisha’s biggest hit to date. Her later work includes “Mr. Bill,” a song about an oppressed wife who fantasizes about killing her husband. (Where is your God now?) The video starred American supermodel Tyson Beckford.

Kong Hee and the church leaders maintain their innocence, and they’ve reportedly found overwhelming support among the flock (you know, the people they robbed). In a statement posted to the church website, Sun Ho herself wrote that “Pastor Kong and I are humbled by the tremendous outpouring of love and support shown to us during this time. We thank you for your prayers.” Here’s hoping it was worth it, Geisha.