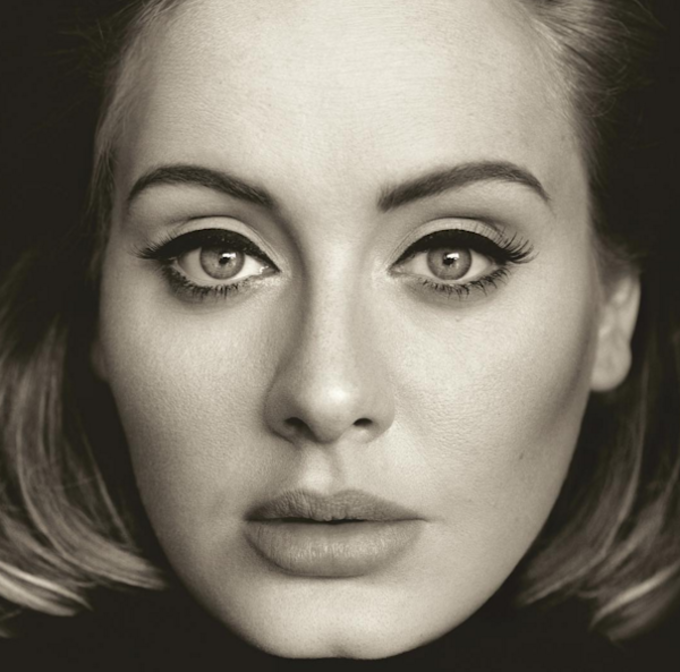 UPDATE: Adele has continued to leak out details of the project, providing a release date (November 20) and album artwork (above) via Instagram. The album’s first single, “Hello,” will be released tomorrow, October 23. The single will come with a video.

Just a few days after gifting the world with a 30-second preview of new music, Adele is feeling repentant. Not about the snippet—no, the English singer has much broader anxieties on her mind.

In an open letter to her fans published on Twitter, Adele bemoaned a lifelong dissatisfaction with the present: “I’ve spent my whole life…wishing I was older, wishing I was somewhere else.”

There’s some music talk too: “My last record was a break-up record and if I had to label this one I would call it a make-up record.” The singer married Simon Konecki in 2011 and had the couple had their first child in 2012.

She closes with an apology: “Sorry it took so long, but you know, life happened.” Read the full letter and a potential tracklist (via NME) below. 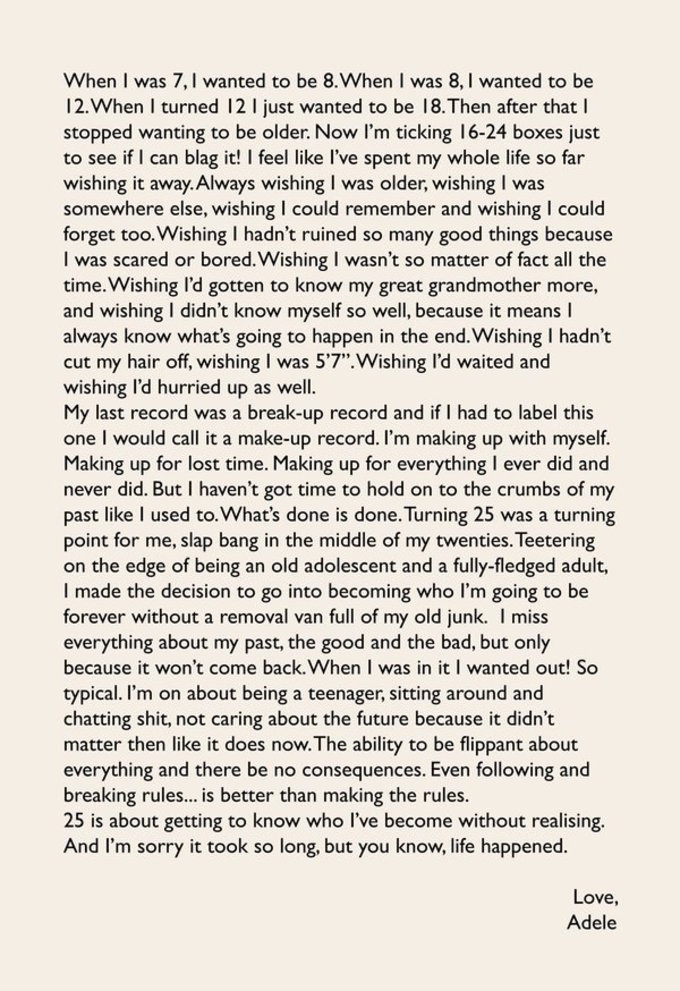