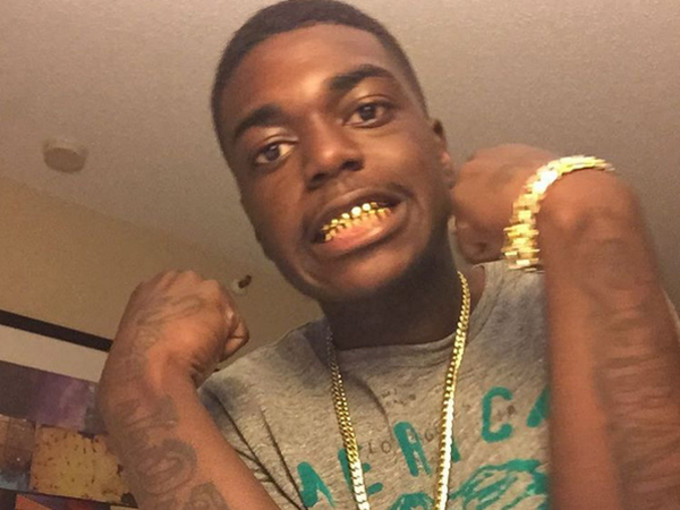 At the age of 18, Kodak Black has the life experience and musical ability of someone twice his age. Born in the projects of Pompano, Florida to immigrant parents, in and out of jail, and musically gifted, Kodak Black is using his unorthodox rapping style and unique voice to make a name for himself.

Black’s newest body of work Heart of the Projects is his most cohesive yet. Highlighting the struggles of growing up while mixing in some up-tempo tracks, Heart of the Projects is his depiction of life in the Golden Acres Projects. He’s got millions of plays, radio attention, and label interest, but he’s keeping a level head, just aiming to get better and keep pushing.

In a day and age where so much music lives and dies on the internet, Kodak flourishes in the real world. Between a riotous live show and guerilla-style marketing tactics, Kodak is building hype the old-fashioned way.

One thing that I noticed about your music as I was listening is that you don’t sound like a lot of new rappers coming up. Do you listen to new rappers at all?
Nah, I don’t. I don’t really be listening to a lot of rappers. People will be like, “Oh, so-and-so” and I don’t even know how he look. I don’t really try to search up on people. I just be doing me. I don’t even watch TV and stuff. As a matter of fact, I was watching a football game and I ain’t even know football season started. I just be doing me, that’s why I’ve got my own sound.

What did you grow up listening to around your house?
Hm… I listened to that Lil Boosie mixtape and I started liking him. But ah, I don’t know. I just be doing me. I don’t listen to no rappers, but if it’s a good song I’ll listen to it. But, I don’t really look up to nobody.

What is the music scene like in Florida? There are a lot of rappers, but from the outside looking in, it seems like a lot of them stay in the local scene and don’t break out past that.
A lot of people say that. But there is a lot of people that are trying to take it to the next level and take it out of Florida, but then people get caught up or whatever, I don’t know. But there’s a lot of talent from Florida, and a lot of variety. That goes from football to basketball to rap and all the other stuff. I’m over here in the whip right now headed back to Florida.

You’ve been in some trouble with the law before. As you continue to get more attention for your music are you making more of an effort to stay out of trouble?
Oh yeah, yeah, yeah. Hell yeah. Of course. I ain’t even gotta speak about that. That’s just common sense, you know. Fuck the law though. Fuck them, fuck that shit, fuck that shit. I don’t care about the law. I hate the law. I’m done with the law, it’s over. [Laughs] I’m just outchea, you know? So sometimes the law don’t like that. But it’s not like, “Oh I wanna go to jail, lemme go to jail.” I just be outchea and when you outchea, that’s what come with it.

Your buzz around your music and you as a person seems to be tied to real life and your live show more so than an online persona. What role does the Internet play in your career?
Yeah you know I just be wildin’. I be on my Instagram and I just be wildin’. I just always be myself no matter who I’m around. If I’m around other people or on my Instagram, I be wildin’, I be goofy, I be how I be. I don’t never try to be nothing else.

Is Instagram your favorite social media outlet to use?
I just gotta have a social media just ‘cause the rap stuff. But if I wasn’t never rapping, I’d probably be in my Instagram and all that stuff too, just like the other people. But, people like the music I guess. When I go around now, people wanna take pictures with me. So I guess they like me. 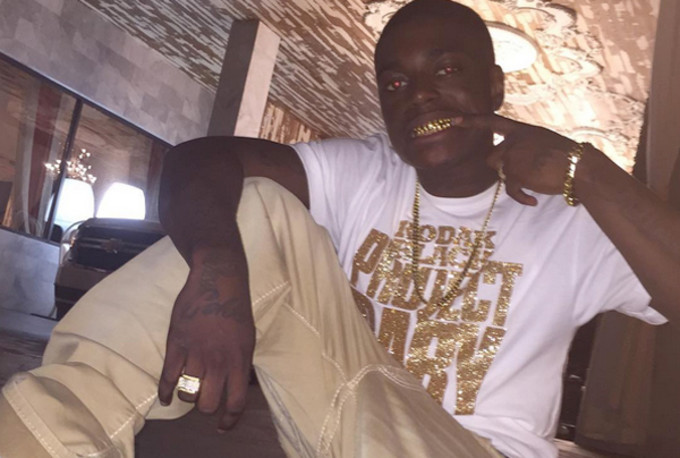 If you could, would you sign to a major label right now?
Mannnnnnnnnn, I already been doing me, I already been progressing by myself. I don’t know man, I ain’t really interested right now. I’m not interested in someone telling me something I don’t wanna hear. I been getting a few calls and stuff, but they ain’t interesting.

What does your ideal music career look like? Songs on the radio, crazy live shows…?
It’s not really a big thing. I just wanna live a blessed life. Whatever comes with it, you know? And whoever’s supporting me, I appreciate it. But the live shows, radio and all the stuff, I don’t know. I be hearing people tell me they hear my songs on the radio. My songs be on the radio, on different stations. But I don’t wish for it. If it happens is happens.

Your newest mixtape Heart of the Projects is now out. You often call yourself “Project Baby.” How do the projects shape who you are and what your music is?
I’m a product of my environment. I grew up in the projects, I’m a project baby. All the project babies can relate to what I say, ‘cause they’re on the same thing. We’re cut from the same cloth, you feel me? We going through the same struggle and all that shit. So, they gonna feel me. And all the other people, they just like what I’m saying, they just like my drive. Because I’m from the projects, I have a huge drive. I was born with nothing. So I was always brought up like: go get it. No matter what. Even if it’s scoping and poking. Rapping and trapping. You know, I did it. I switched my whole grind up from doing that, from scoping and poking, to just getting in a booth and just doing my thing.

What kind of a student were you?
Man, I like everything. Well actually, for some reason I can’t really fuck with that algebra shit. But I know my math, I just wasn’t really on that graphing and all that X-Y-Z shit. But I could do it. But I wasn’t really on that shit. I would leave class and all that. I was being kicked out of lots of schools and had to go to alternative schools. Just because I was missing so many days of school for being locked up, and I’d have to come back out and try to learn myself. But you know, I’d always try to do it.

You say that you are the co-founder of Snipergang. Can you explain who that is and what you guys do?
Yeah man, Snipergang, that’s me. I just started that. Just like a brand, my own brand. Just so when shit hits the fan, I’m straight. Like I had to go on BMI and copyright my shit. I got a lawyer and all that other shit. I still fuck with my crew, but I just gotta have my own shit. I wanna do my thing so I could sign somebody. I could sign a young n***a to the Snipergang you know. And it’s not even just about the artists. I got a cameraman too, and I could go and sign him so he can’t do nobody else’s pictures or do nobody else’s videos.

Do you have any memorable moments or memorable shows? Or is there a particular city in Florida that always shows a lot of love?
I come out there with momentum. Everything’s been sold out. Man, and I just got six more shows that came in. That means I got 30-something shows for my first tour and I got all over Florida. I fuck with Orlando. Tallahassee, I fuck with Tallahassee.

Where do you see yourself this time next year?
This time next year… I don’t even know. This stuff is over my head. I don’t really have any idea man. I don’t know man! I just hope to continue to be blessed. I know I want to be further than where I’m at today. I know I want to be in a better position than I am in today. Elevate to something bigger. Somebody bigger. Somebody better.