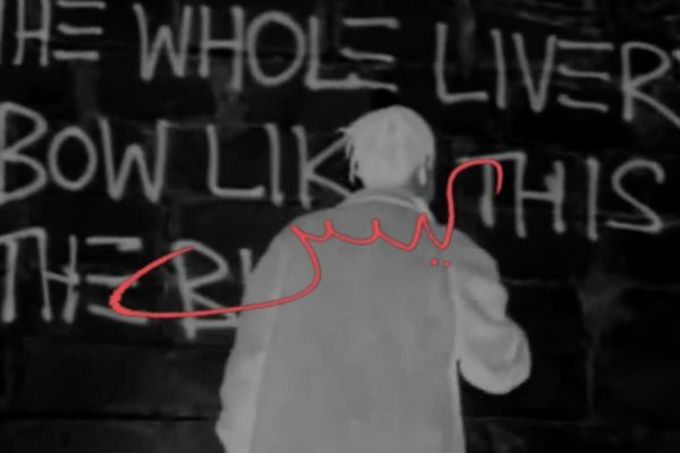 Yasiin Bey (fka Mos Def) has been missing in action for quite some time, but lately we’ve been hearing a lot more from him. Earlier this month we saw him hit the stage to join Kendrick Lamar and to deliver his first stand-up comedy set. Then we heard from him again when he issued an open rap battle challenge, one that Lupe Fiasco quickly accepted. But he’s quiet since then, until now.

Quietly last night, Bey dropped a new track titled “Basquiat Ghostwriter” on A Country Called Earth—the brainchild of both Bey and Ferrari Sheppard. The track is very different from what most people may expect to hear from Yasiin Bey. However, the title seems appropriate since the instrumentation and production of the track is about as sporadic as one of Jean-Michel Basquiat’s paintings.

The fact that the track is tagged with Lupe Fiasco’s name may also raise some brows, considering Bey seemed as if he was backing down from Lupe’s challenge just last week. But there’s no need to jump to any conclusions as of now because the track, as well as the accompanying note, come off as a call for peace.

The song was posted with this note from Yasiin Bey:

No rap circuses. A Country Called Earth. Free the land. Love and respect to the Basquiat family and Mr. W.F. Flame. Let us be reminded of Sandra bland, Fegurson, Baltimore, and all the injustice of the world, as well as the beauty. Respect to the family of Sean Price and Brooklyn, from which I and Jean-Michel are from. Eternal love to my city. God bless the soul and keeping living, even when we die, we wont stay dead. Lyrics by Yasiin Bey, Music by Jean-Michel Basquiat’s band Gray, off of their album Shades Of, originally recorded between 1979-1981. Lyrics taken from Jean-Michel’s paintings, graffiti and notebook sketches. Make peace and be grateful. L T P F J – Yasiin Bey

Listen to “Basquiat Ghostwriter” below.