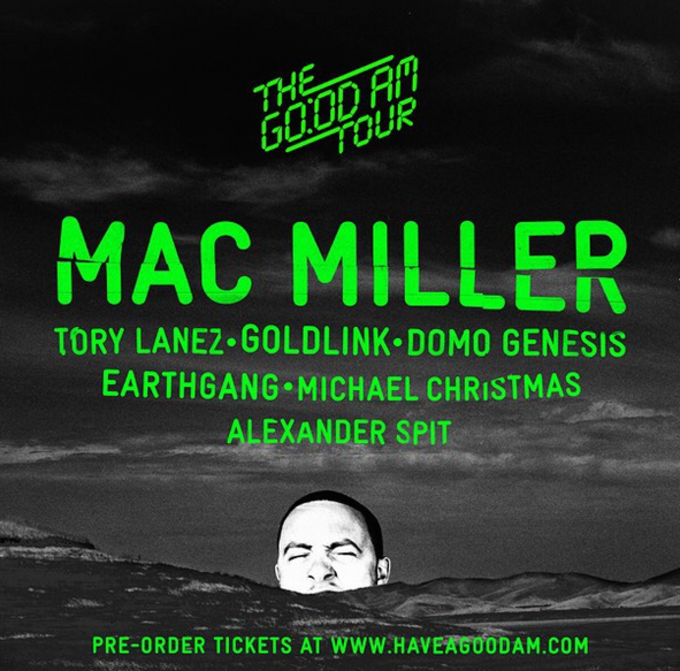 As Mac Miller prepares to release his latest album, GO:OD AM, he shares details for the albums tour, “The GO:OD AM Tour.”

The nearly three-month tour kicks off September 20th in Mac’s hometown of Pittsburgh, then he’ll hit LA, San Francisco, and NYC before heading overseas for a series of shows in Europe. Once he is back in the U.S. he’ll cross the country starting October 6th at Rochester, and finishing it off December 20th in Toronto.

Tickets are available at haveagoodam.com 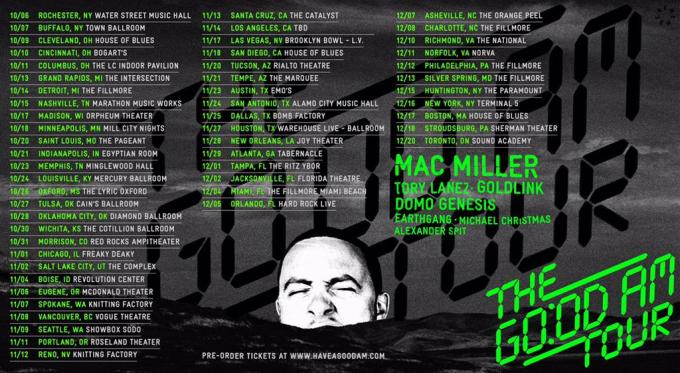