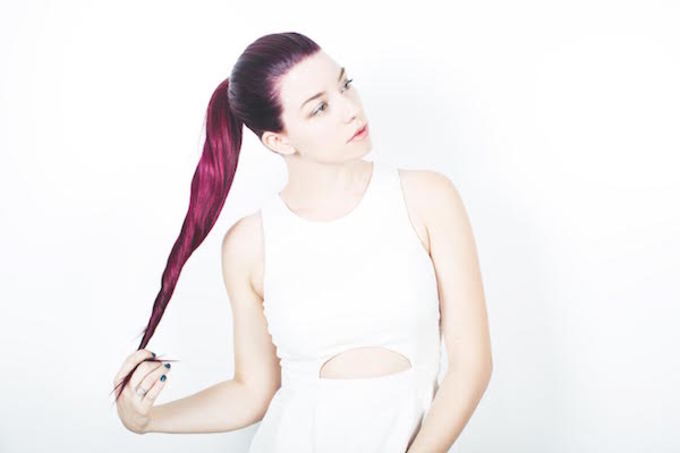 HANA, born Hana Pestle, is the singer-songwriter behind “Clay”—one of those songs that left listeners with nothing but questions when it dropped fully-formed out of the internet void earlier this year. Crystalline and thoughtful, with Blood Diamonds behind the boards (when he’s off the clock, he’s her boyfriend Mike Tucker), the track captivated listeners and earned the Billings-raised, L.A.-based artist co-signs from artists like Lorde and Purity Ring.

Her path to the indie elite wasn’t as short as it might first seem, though—here, HANA takes us through how, after years of feeling stuck strumming songs she didn’t really like for tiny crowds, she found her own artistic voice.

What are you working on right now?
Right now I’m in a—I don’t want to say “frantic” mode—but Megan [James] of Purity Ring emailed me, just a couple weeks ago, asking if I’d go out on tour with them. I love them personally as my friends, but I also have been huge fans of them since they released their first couple songs.

Going out on tour with them is kind of a dream that I’ve had for a while, so obviously I said yes. At the same time, I didn’t realize it would be so soon. So right now I’m getting my live show together, and actually it’s going very well. I was stressed out at the beginning, but really, since I am not brand-new to doing this, it’s not the biggest challenge in the world. It’s just new songs and kind of a new set-up. Otherwise, I’m so excited.

What’s the set-up going to be like?
It will just be me—I’ll have my electric guitar, and there will be sampling. Mainly, my voice will be the focus of the show. I think that’s really what matters, is the lyrics, and the audience getting to know who I am and seeing me perform. A lot of people will probably not know [me] who are watching, so I’m just focusing on making my show exciting and interesting and… different.

It’s been an exciting part of the project. I expected to be putting it together soon, but not this soon—actually, it’s been really helpful in the writing process as well. I’ve been coming up with so many different ideas of new songs that I want to try out on the road. It’s actually worked for the creative process as well.

Since most of the songs will be new—if not just-written, than at least to the audience—do you see yourself releasing more music while you’re out on tour?
I’m in discussions about what the next step is—I’ll probably release a song either right before I go out or while I’m on the road. Really, I’ve been so swamped with getting the live show together and finishing songs that are closest to being done, that now I have a phone call [scheduled] with my team about, you know, “What are you guys thinking?” It’s based on how much I get done.

We’re really trying not to be too rushed. With this project, it’s nice to practice restraint, because it is really tempting to just want to put out as much stuff as possible. At the same time, it’s important to drop something and let it live its life. I think that “Clay” and “Avalanche” still have a bit of life in them, so I’m talking about putting together videos, remixes—there’s a lot of stuff in the works that will be coming out soon, it’s just kind of a matter of what makes sense next.

I know you kind of got your start totally on your own—just girl-with-a-guitar kind of thing, touring alone. What’s it like going from that to having a “team,” and all these other things to consider?
It is the most rewarding thing ever. Even if nothing else happened, or if everything just stopped right now, the point that I’ve gotten to and how fulfilled I feel with the music—just getting to the point where the songs sound like me, and I built them and made them. I just feel so much more artistically fulfilled than I felt before.

Before it was all me, but I was performing these songs that I had written with other people when I was very, very young—like 16- or 17. I took them out on the road in a van by myself. I was all by myself, but I was performing these older songs—of course I would update my set list occasionally, but really I was just going at it from the opposite end. I always felt like I wasn’t really doing it the right way—like I was flailing, and one step behind.

Probably why I enjoy this so much, and why it is so exciting is because it was built by me from the beginning. I decided to take a break from the road and learn how to produce, and hone my songwriting skills. From doing that, I now do have a team—which is funny to say. I was able to kind of bring along all these amazingly talented people that want to help, because I stopped and reassessed where I was at, and what I wanted to do with my life.

That’s why it is so special, and why it has gotten to this point where I don’t feel like I’m flailing as much. You never know what’s going to happen, but I’m at this point where I feel like I’m making music that is speaking to people, and is exactly what I want to say. I have a message that I want to get across, and I feel like I’m actually getting my words out in a way that I’ve been trying to for a long time. I think everything else that’s been coming from that is just the work that I put into it on the road, and then just practicing and experimenting and trying to learn as much as possible about the production and writing world. A culmination of a lot of falling down and getting back up. 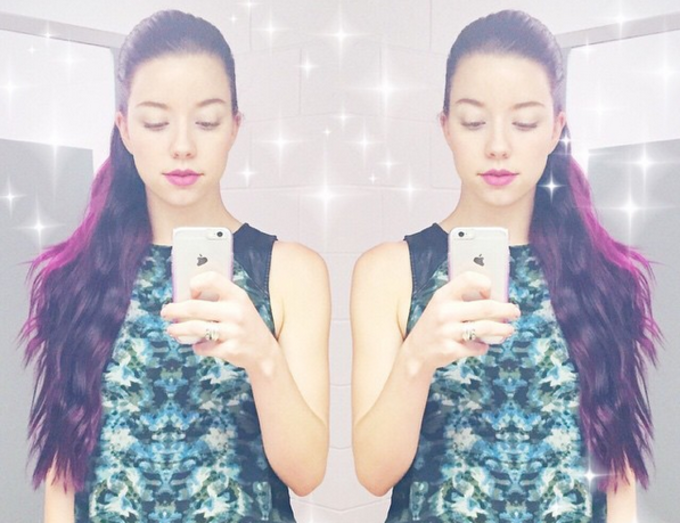 How did you get into producing your own music? Where did you start?
When I met [Blood Diamonds], I had a little bit of a life crisis—in a good way. We got set up for a session, and I was giving him the spiel of what I do, and how I go on tour and basically lived out of a van for most of a year. He was impressed, but at the same time he was kind of confused.

He said, “Well, play me your songs,” and I was like, “Well, my music doesn’t sound like how I want it to. Then he was like, “Well, what are you playing?” I said, “I’m playing my songs, but I play them on an acoustic guitar, and I go from town to town.” He was like, “OK, but are you fulfilled?” That’s when I realized that I loved touring, but my music wasn’t at a point where I was stoked with it. I don’t think I would have listened to my own music before.

He sat me down, and gave me Ableton, and gave me the bare-bones instructions on how to do certain things. That’s what really set me on this new path. I took a break, and with his help, and the help of the group of friends that he brought into my life, kind of became determined to make music that I liked.

It took a while, and it was kind of a rough year—just because it’s hard when you’re learning something new but you feel like you’ve been doing it for so long. I’d been doing music for 10 years or so, but at the same time, felt like a beginner. At certain points it felt frustrating—you know, you kind of have a mental block, and you can’t do certain things that you want to. But after about a year, I got comfortable with the software, and realized how intuitive it is for writing and sound design. I was making this music that I was stoked with all of a sudden–I kind of had a breakthrough.

Since I was young, I’ve always been obsessed with taking matters into my own hands—I moved to L.A. when I was 17 and went on the road by myself, and so I was always obsessed with doing that—but I just wasn’t going about it the right way.

Sometimes you have to go through all the craziness to get to where you want to be, also.
Absolutely—I don’t think it would be as rewarding now if I hadn’t done that before. It’s made me appreciate it so much more. Just putting out a song and having people respond to it—that feels so amazing.

Are you writing primarily on Ableton now, and not on guitar?
I play guitar and I play piano, but with these songs it’s been mostly like, I’ll make a beat in Ableton and then write over it. Usually the base of the song is piano-driven–I have a piano right in front of my computer. Sometimes I’ll get my guitar out, when I miss it.

Since you’re sort of at the start of your career, at least with this project, is there anyone whose career you’d like to emulate?
I mean I’ve been obsessed with Björk since I was really, really young. My aunt gave me her entire collection when I was like 10, so I’ve always looked up to her. The fact that she’s still prominent now—I mean that was like 15 years ago when I got all her CDs. She’s still out there killing it and driving for bigger and better, and I think that’s really all you can hope for is to just keep doing what you love and performing, and driving to make better art. She’s still connecting with people.

Who are you listening to right now?
I’ve had this renewed obsession with Fever Ray lately, which is kind of random. I was obsessed with the album that came out a couple years ago. I think it came on shuffle a couple months ago, and I’ve just been obsessively listening to it lately. That, The Knife, a lot of J-pop—Mike [Blood Diamonds] has actually been working with the Korean artist CL, so we’ve been listening to a lot of 21. Janelle Monae. Just keeping it fun.