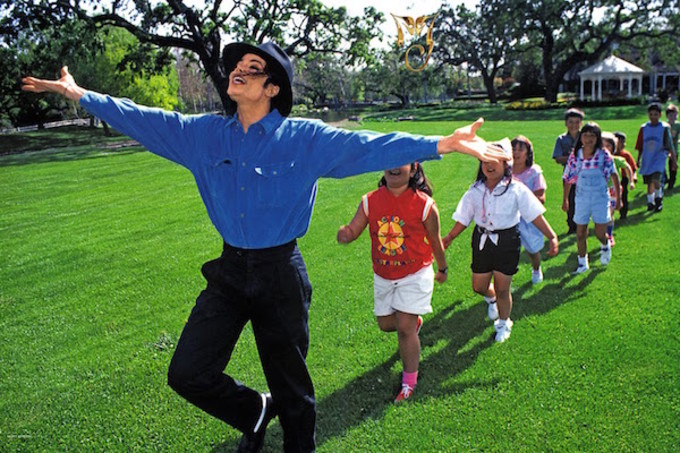 Michael Jackson was a big fan of movies and throughout his career he would occasionally put his own acting abilities to the test. He displayed his talent in 1978’s The Wiz alongside Diana Ross as well as in all of his music videos that were truly made to be short films. But the latest news of where MJ had hoped to take his acting career comes as a bit of a shock.

According to Ahmed Best—the actor who played Jar Jar Binks in the Star Wars films—Michael Jackson actually wanted the role. Best told Vice that Jackson wanted to play the part in the 1999 film Star Wars: Episode I – The Phantom Menace. Best explained that he had gone to a Michael Jackson concert at Wembley Arena with George Lucas, Natalie Portman and George’s children, where they were later able given the chance to meet Michael.

“George introduced me as ‘Jar Jar’ and I was like, ‘That’s kind of weird,’” said Best. “Michael was like, ‘Oh. OK.’ I thought, ‘What is going on?’” Ahmed Best had asked why George Lucas introduced him to MJ as “Jar Jar” and  Lucas replied, “Well, Michael wanted to do the part but he wanted to do it in prosthetics and makeup like Thriller.” However, Lucas really had his hopes set on doing it in CGI. “My guess is ultimately Michael Jackson would have been bigger than the movie, and I don’t think he wanted that,” said Best.

There’s no doubting that Michael Jackson certainly had an imaginative mind, one that would be perfect for a film like Star Wars. However, the thought of Jar Jar Binks being played by an actor, any actor, in prosthetics doesn’t sound aesthetically pleasing. If George Lucas had decided to cast a mega star like Michael Jackson, the title Star Wars would have taken on a whole new meaning, so maybe it’s all for the best.