The first of eight Why? with Hannibal Buress episodes aired on Comedy Central earlier in July. As we previously reported, Flying Lotus made an appearance during the second segment and soon after announced his joining the show’s squad as resident DJ. The gig grants the Brainfeeder founder and world-class producer a televised platform, as well as the opportunity to invite acts he approves of to perform.

Socially minded rapper Open Mike Eagle and talented bassist/Brainfeeder signee Thundercat came to help break the stage in last night. The pair’s live rendition of “Ziggy Starfish (Anti-Anxiety Raps),” off Eagle’s latest EP, A Special Episode Of, finds both artists on their A-game, with an abundance of finger-plucking and smoothly sung melodies.

Watch the performance below and check out what seems to be a backstage photo of the three musicians with the buzzing comedian below. You can catch FlyLo on Why? every Wednesday at 10:30 p.m. EST. 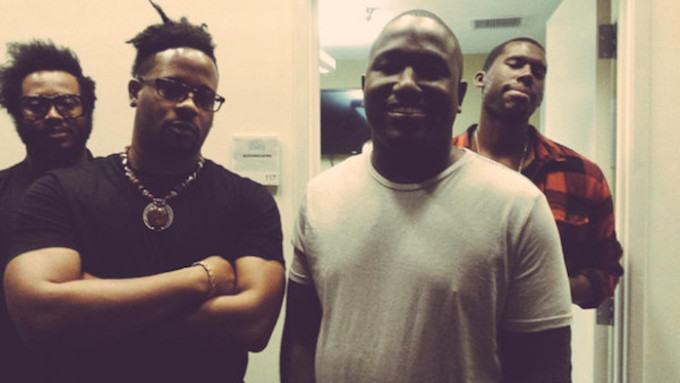