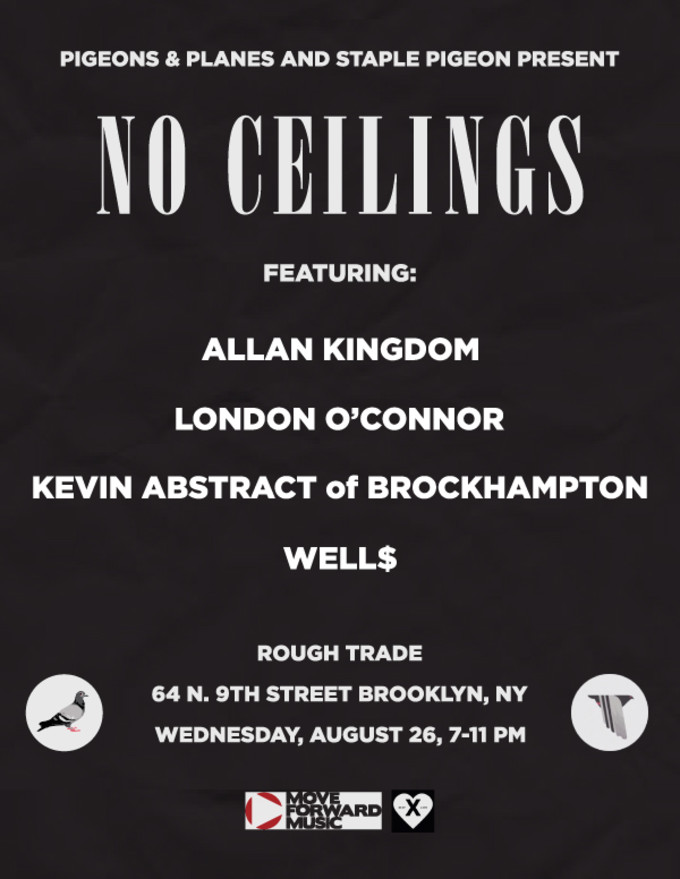 It’s time for No Ceilings number six! After a very lit show in July, we’re back on August 26 with a line-up packed with fast-rising talent. Allan Kingdom headlines with his debut New York performance, riding high off his prominent role in Kanye West’s “All Day,” his work as part of TheStand4rd, and one of 2014’s best projects, Future Memoirs.

He is joined by rapper, singer, producer, and boundary breaker London O’Connor, whose unique debut project O∆ dropped in June, and sounds like nothing else out there. Kevin Abstract will be putting on for the “all American boy band” Brockhampton, and will likely also be playing music from his forthcoming project Death of a Supermodel. The lineup is rounded out by Well$ who will be putting on for North Carolina.

Alongside our partners Staple, we can’t wait to see you at Rough Trade in Brooklyn on August 26. The show is 18+ with ID. #NoCeilingsNY