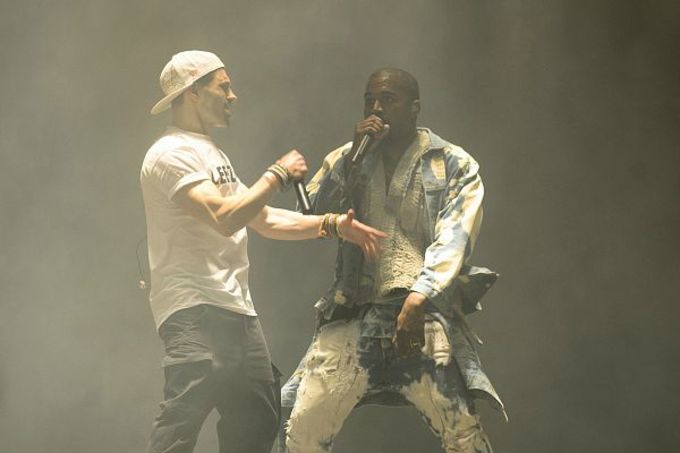 Last month, Kanye West headlined Glastonbury Festival—despite the many attempts by petitioners to prevent his performance. By the end of Kanye’s set, his performance was not the only thing being discussed, thanks to comedian Lee Nelson who boldly decided to crash the stage.

The main question everyone wondered was how exactly Nelson found a way to make it past security. With so many angry petitioners already wanting to put an end to Kanye West’s headlining slot, one would think that the security would be much tighter than it apparently was.

Lee Nelson, born Simon Brodkin, admitted to Telegraph, “I got turned away a couple of times from the stage.” As expected, crashing a festival stage, especially during Kanye West’s set was no easy task. “There’s a sort of golden zone where you are just not meant to be. The security ups a level. One time I just got ushered away by this woman who thought I was in the wrong place. But I kept at it. I went downstairs and suddenly I was in the hospitality area–Pharrell was there, but there wasn’t time to chat.”

After a moment of psyching himself up a bit and making himself look as if he truly belonged there, he just went for it. “A guy said, ‘Where’s your ID?’ I said, ‘I’m meant to be ON STAGE, mate.’ He went, ‘Oh, sorry.’ I went up and there was the same woman who’d ushered me away moments earlier, but because I’d got through to this point and I was bouncing and had the mic she let me go on.”

Ironically, or perhaps as a sign of immediate karma, less than an hour after Nelson crashed Kanye West’s set he was due to perform a stand-up set and was refused entry because he did not have the proper credentials.