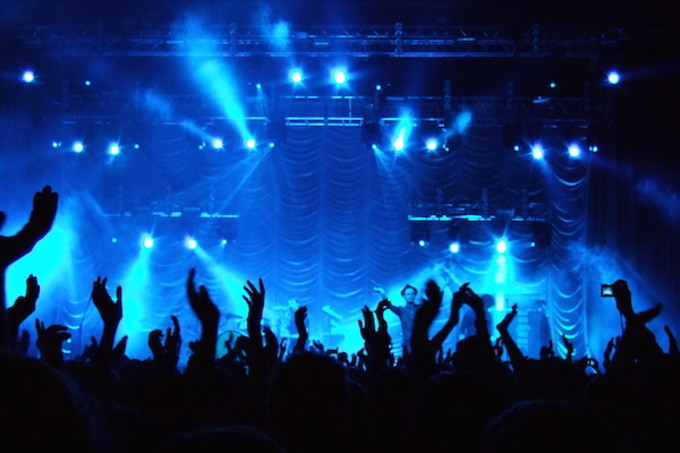 We are excited to present Inside Track, a new collaboration between Pigeons & Planes and New Torch Entertainment. Music industry insiders will give their perspective on key issues for artists of all levels, starting with David Galea at The Agency Group (whose personal roster includes Paramore, X Ambassadors and Kevin Garrett), and promoter Tommy Ginoza at LiveNation.

One of the biggest challenges for buzzing artists is how to convert online hype into something meaningful. With that in mind, David and Tommy offered their thoughts on how artists can take great initial buzz they’re getting online and turn it into sustainable touring and a viable career, as well as the role blogs play in their decision making and more.

Do you think the increase in streaming and overall accessibility to free music is ultimately a good thing for an artist’s touring career?

David Galea: Without question. From my desk, and taking into account the size of most of the artists I work with, the most important thing is exposure of any kind. The landscape right now is flooded with way, way too much music, and it’s getting harder and harder to even be heard. Simplicity is key. People relish discovery of anything new, and if you lead them to water, they’re apt to listen.

The hard part is separation from the pack, but if it’s good enough, and you give people a reason to continue to follow what you’re doing, they’ll keep coming back. Buzz on tracks spreads like wildfire these days, and if you can establish traction with listeners, you build real fans, who, with any luck, will continue to come and see you play live.

There are some great platforms for streaming and premiering music. It’s generally for larger artists, but I love what NPR does on a weekly basis with its premieres. Now, getting artists paid, that’s another story… maybe Taylor Swift knocked a domino down. Maybe she didn’t. We’ll see.

Tommy Ginoza: I think it depends on the artist and where they are in their careers. I definitely think for up and coming artists, free streaming is a great way to get exposure. For more established artists, maybe not as much—if at all. But even then it can depend on the genre of music.

For new artists trying to break through and build an audience, I feel anytime someone can hear your music—whether it’s via streaming, satellite radio, through syncs or as support on a tour—it’s a great thing.

What do you see moving the needle most in terms of selling real tickets when it comes to a new or developing artist?

Time, investment in your craft. More time. You have to be better than good live.

I believe you should spend the nascent part of your career not only developing your hometown, but, geography permitting, spending time developing surrounding cities, as well. That gives you the beginning of a touring circuit to work, and helps build a true, organic buzz from the live standpoint.

Positive press helps a ton as well. People want to see an artist a lot of people are talking about. Or you can just be Death Grips: keep saying you’re breaking up, cancel dates, and people will keep coming to see you! That works, too.

TG: Besides the obvious answer of “write a hit song,” I would say be active. An artist who engages with their fans will cultivate a more active ticket buying audience. Do interviews, meet and greets, in-stores. Sign autographs. Be active on social media and your fans will turn into human billboards for you. These are things that are in your control. You can’t control whether your song is picked up by radio or is synced into a hit movie or commercial but you can make sure that your core fans know that you appreciate them.

Why do you think some artists who are very popular and buzzy online have a hard time being able to tour and sell real tickets?

DG: I’m not sure I wholly agree with this. I think people do come see those buzzy artists, especially early. I think the rub comes if the buzz starts to fade a bit, and also maybe they’re not the best live act in the world. People can lose interest pretty quickly. You have to give people a reason to keep coming back to see you.

There’s just too much competition. Not every band can be as good live as say, Tame Impala, but a band like that, you’re going to see each and every time they play because they’re that good live. So, essentially, short-term, I think a buzzy band online can sell tickets. Long term, maybe it’s a bit harder if they can’t back up the songs.

TG: Unfortunately there is no easy answer for this. A lot of it has to do with timing. Sometimes it’s just too early in the artist’s career. It’s hard to live up to the hype when you’re a new artist trying to hone your live show and/or your sound, and sometimes they can be crushed by the weight of their own hype machine. That can be hard to recover from.

Sometimes they can be crushed by the weight of their own hype machine. That can be hard to recover from.

It certainly is a tricky thing to navigate, because the reverse can also happen where an artist misses their window—as is sometimes the case with some foreign artists when they never make it over to North America for myriad reasons. Then when they do come over, people have moved on.

A lot of times, as an agent or promoter you have to get on board with an artist early. How does the blogosphere and an artist’s online presence factor into your discovery of an artist and decision to work with them? Do you pay attention to that?

DG: Yeah, of course. I have to, and frankly, as close attention as I try to pay to it, sometimes it’s not fast enough. Once you emerge on the blogosphere, you may have already been gobbled up. Sometimes tips that come before said emergence are the best way to sign an artist early. It’s nice when promoters discover artists, too, although it doesn’t always happen, and it’s a bit more of an education game with them.

I’m definitely someone who gives first crack to a promoter who may come across one of my artists early. It’s important to build relationships with promoters on your newer artists early, which will hopefully carry you into bigger rooms and bigger opportunities as time marches forward. I like my promoters to be invested in my artists from the beginning, then I try to be as loyal as possible for as long as I can.

TG: I definitely read a lot of different blogs like Pigeons and Planes. Sometimes I will discover a new artist or hear new material from an artist that maybe I was too early on but now they have some new music or collaborations and they feel poised to take that next step. I don’t always agree with the bloggers but it is always great to read and hear what other people are excited about. It’s impossible to be on top of all of the new artists all of the time but the music blogs help me keep pace with a lot of new music. In terms of an artist’s online presence, you can get a feel for how they are going to sell by how many followers they have and how active the artist is with their socials and how people gravitate to their songs on YouTube and SoundCloud.

How important is the team element (lawyer, manager, publicist) when you’re considering working with a new artist? Will you bring on a client that has no team in place?

DG: Also, hugely important. There are tons of artists out there, and whether it’s fair or not, the ones who are going to have a better chance of success are those who have more competent and well connected people aligned with them. Especially in the early days of artist development, the people championing you are your best allies, and the more people championing you to people who are going to listen, the better. That being said, sure, I’ll take a chance on a client who may be starting to build their team out, as well. I don’t have a set rule in that department. If you believe in something enough, even early, there’s no reason you can’t come in as an early adopter. You may even have a role in helping build out the team with respect to label, manager, publicist, attorney, etc.

TG: I love it when the artist has a great team in place. But if I really like their music I would probably chase it no matter what. It definitely helps when you’re dealing with a great group of people that you can have honest conversations with so that everyone is on the same page and are working in unison for the betterment of the artist.

Inside Track will be a regular collaboration between Pigeons & Planes and New Torch. Let us know what questions you have about the music industry and what topics you would like covered.