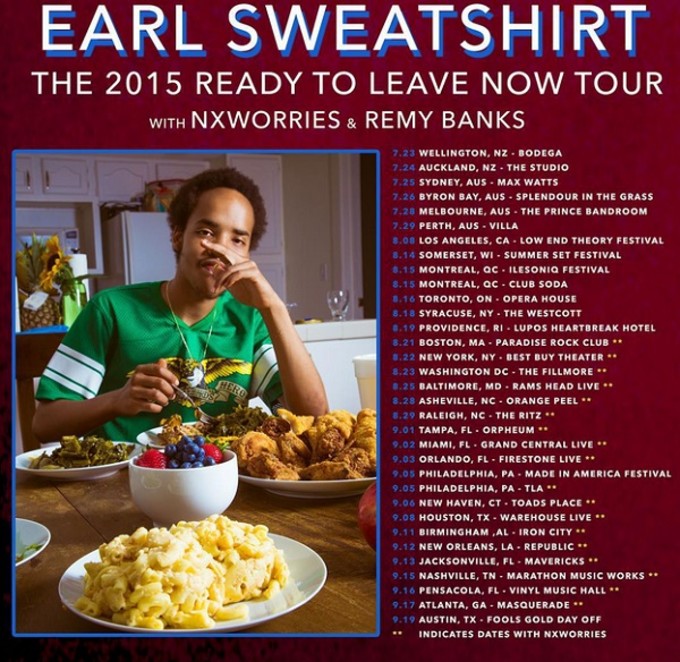 Earl Sweatshirt released his fantastic I Don’t Like Shit, I Don’t Go Outside earlier this year, and now the rapper has announced a world tour in support of the project. The “2015 Ready To Leave Now Tour” will start with a few dates in New Zealand and Australia, before he comes back stateside for a string of shows around North America. Joining him throughout is Remy Banks, with NxWorries also jumping on the bill for the later half of the dates.

Check out the full schedule above, via Earl’s Instagram.