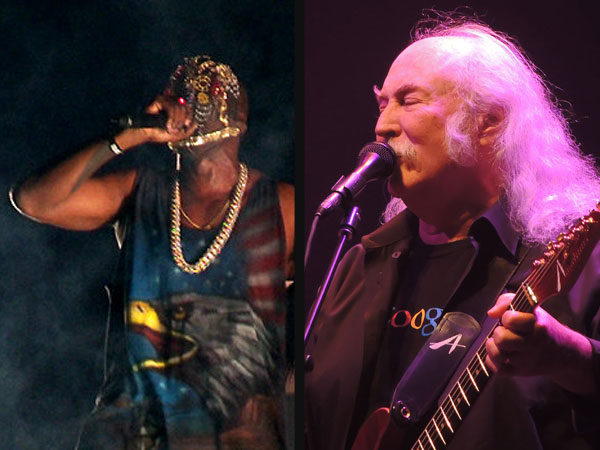 Kanye West is a polarizing figure. Whether it’s with his music, his performances, his public appearances, or his personal life, he’s always inciting strong reactions. We’ve heard lots of opinions, and the latest comes courtesy of David Crosby of Crosby, Stills & Nash.

Last month at Glastonbury, Kanye called himself the greatest living rockstar on the planet, and Crosby clearly doesn’t agree with the sentiment. Last month on HuffPost Live, Crosby said, “Kanye West can’t write, sing or play, so I have trouble with him as anything but a poser.” 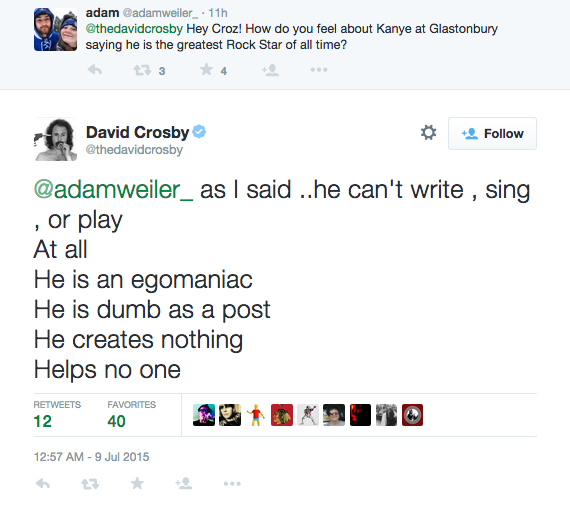