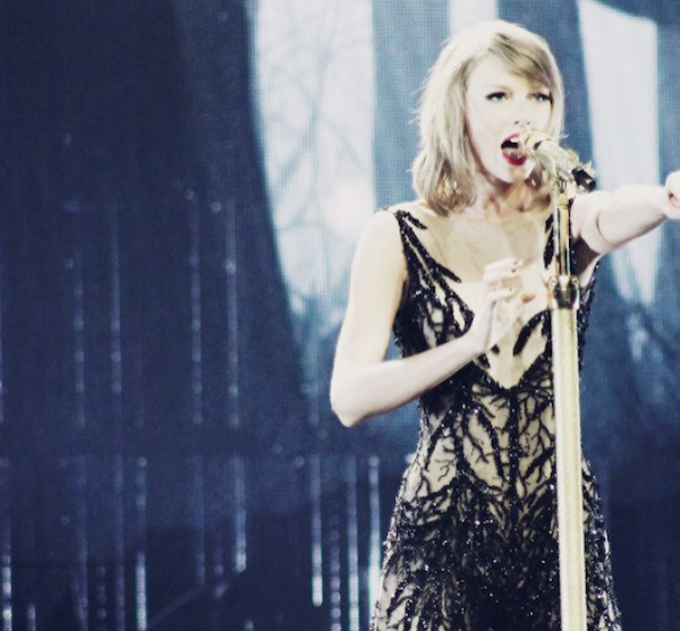 The news that Taylor Swift would not be putting her most recent album 1989 on Apple Music didn’t surprise many—she’s resisted having the album (or any of her music, for that matter) available on streaming services like Spotify.

In the open letter, Taylor explains that her issue with Apple Music is the three month trial period, when musicians (and all the other people normally supported by royalties) will go unpaid:

I’m sure you are aware that Apple Music will be offering a free 3 month trial to anyone who signs up for the service. I’m not sure you know that Apple Music will not be paying writers, producers, or artists for those three months. I find it to be shocking, disappointing, and completely unlike this historically progressive and generous company.

She adds that it’s “not about” her specifically, but rather all the smaller artists who might rely on the income from those three months of plays to survive:

This is about the producer who works tirelessly to innovate and create, just like the innovators and creators at Apple are pioneering in their field…but will not get paid for a quarter of a year’s worth of plays on his or her songs.

She believes that Apple has the money to compensate artists during the trial period, while keeping it free for listeners:

I realize that Apple is working towards a goal of paid streaming. I think that is beautiful progress. We know how astronomically successful Apple has been and we know that this incredible company has the money to pay artists, writers and producers for the 3 month trial period… even if it is free for the fans trying it out.

Swift concludes, “We don’t ask you for free iPhones. Please don’t ask us to provide you with our music for no compensation.”