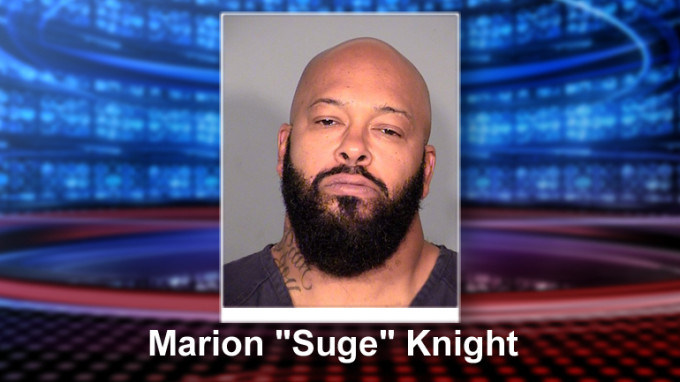 While Suge Knight awaits trial for murder in the hit-and-run accident that led to the death of Terry Carter on the set of Straight Outta Compton, the lawsuits are piling up as well.

But he’s not the only target. Lillian Carter, Carter’s widow, is going after Universal Studios, Dr. Dre and Ice Cube in the wrongful death lawsuit, as well as Tam’s Burgers where the incident took place.

She claims the producers were negligent in the fatal accident that killed her husband and holds them responsible. Apparently Dre warned the studio beforehand to keep Knight out of the set. The two have feuded for years. Knight ultimately ran over her husband with a truck and fled the scene, also injuring Cle “Bone” Sloan in the process. The food establishment is being named in the lawsuit for not having more proper security measures.

According to the lawsuit, it states that “concerns the tragic tale of how reckless corporate greed, disguised as the quest for authenticity, [led] to a foreseeable altercation that resulted in the death of a successful businessman.” Dre’s lawyers have called the claims “preposterous.”

The former Death Row Records CEO is currently being held on a $25 million dollar bail and faces life in prison if convicted of murder, with the trial starting on July 7th.