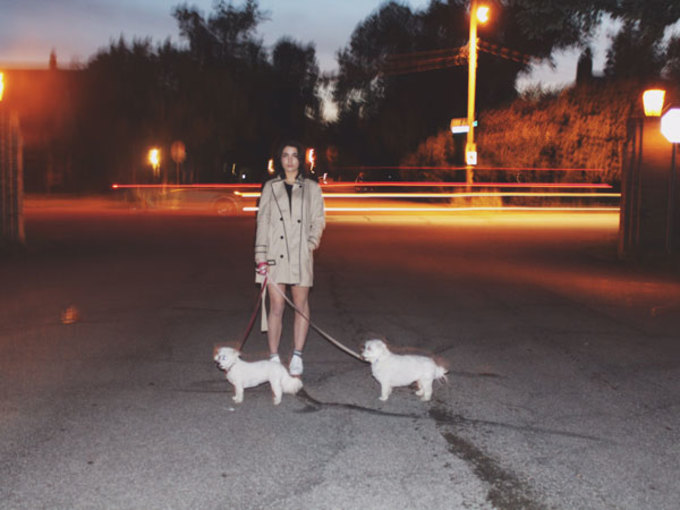 Devin Murphy is from a small, suburban town called South Bend, IN. She’s lived there her entire life. She doesn’t fit in there. “There’s not much here that captures my interest,” she says, “and absolutely zero music scene.” She just turned 18 years old and her idols are A$AP Rocky and Travi$ Scott. “I don’t think there’s one Rocky lyric I don’t know, aside from his new album which I’ll probably end up having down by the end of next week,” she says on the week of Rocky’s A.L.L.A release.

When she releases music, Devin goes by the name dev09. “The internet has been such a big part of my life,” she explains. “That’s where I get my stage name.” Until now, all of her music has been recorded with GarageBand on her Mac, with a USB microphone.

Then, in January, Dev made a connection that would lead to this song. Stelios Phili, frequent A$AP Ferg producer, came across a Soundcloud link. “I randomly stumbled upon a cover she did of ‘Real Thing,’ a song I wrote with A$AP Ferg and SZA,” he says. “I listened, and I was really surprised—usually people with four followers on SoundCloud sound like doo-doo. dev09 was the opposite. I took this as a sign from the SoundCloud gods, and hit her up.”

This summer, Dev is moving out to LA to be a PA at a music video production company. “Hopefully I’ll meet people there and learn some stuff and move on to making more professional grade sounds.” Before she goes, she’s releasing a song called “Lethal,” which Stelios mixed from an early, raw recording.

“The song’s about being stuck in the suburbs while watching wack Internet artists try to perfect their online personas,” Dev says. “They may look good, but they don’t have shit to say. I want this to be an anthem for the real creative kids on the web. Trust your instincts, and go get it.”