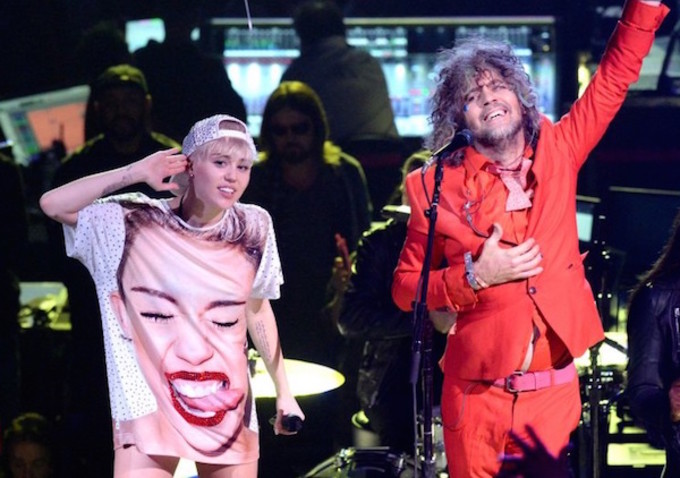 In a new interview with Billboard, Flaming Lips frontman Wayne Coyne says that he and newfound collaborator/BFF Miley Cyrus have recorded seven songs together for a project that “still feels pop, but a slightly wiser, sadder, more true version,” as Coyne described it to the magazine.

The tracks are currently being mixed by Coyne and fellow Flaming Lip Steven Drozd—but don’t get the wrong idea. Cyrus is all about the DIY. In fact, Coyne says “her studio is just a little room with a desk.”  He added, “‘I can’t picture Beyoncé doing this!’ It’s not a ­putdown of Beyoncé. I just don’t see her recording her own vocals and then EQ’ing it. It’s so punk rock!”

Coyne names Portishead and Pink Floyd as potential influences of the new music, though declined to give a specific release date. Hopefully something will drop soon. Until then, we’ll just keep imagining a “Party In The U.S.A”/”Do You Realize??” mashup (which would either be fantastic or horrifying).