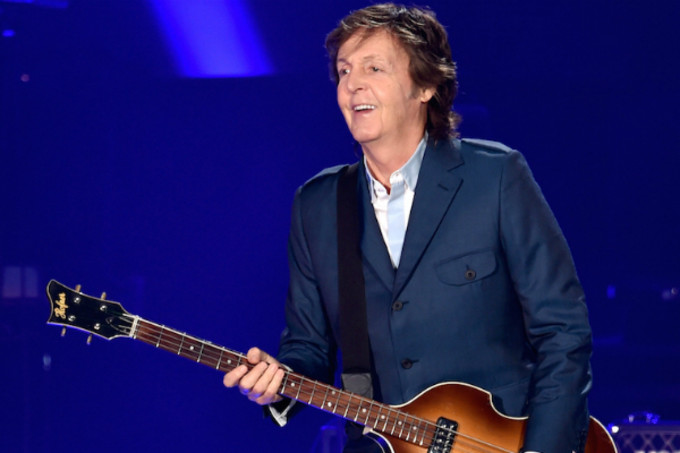 Artistic inspiration can be drawn from a lot of things, but not often do you see it live for a long time if not used. Records that were recorded, but never finished usually surface after an artist has passed or when they’re revamped for a greatest hits album. Could it be that Paul McCartney held on to a single melody for almost 50 years only to use it on someone else’s song?

Apparently, the whistling at the end of Kanye West’s “All Day” comes from way back in Sir Paul’s prime. It was originally inspired by a Picasso painting where a man was playing guitar. In 1999, Paul still had the melody in his head and was talking about it. During a visit to Parkinson, he told the story of what inspired the melody and played a bit more of the song he wrote to it. Watch below, and hear that same melody from “All Day”:

The song is an unreleased 1970 record “When The Wind Blows,” which only uber Beatles fans may know about. The song was supposed to be for a full length Rupert the Bear animated film shot by Oscar Grillo. Ultimately, the movie never came to fruition and the records that were supposed to be used for the project never saw the light of day besides test pressings and bootleg CDs.

So how did it end up on Kanye’s latest single? We’d love to transport ourselves to that exact conversation in the studio where Paul told Kanye about the melody and the two decided to use it on one of the hardest rap tracks we’ve heard from Mr. West in a minute. The whistling at the end was so left field from the first listen, but it didn’t take away from the song.