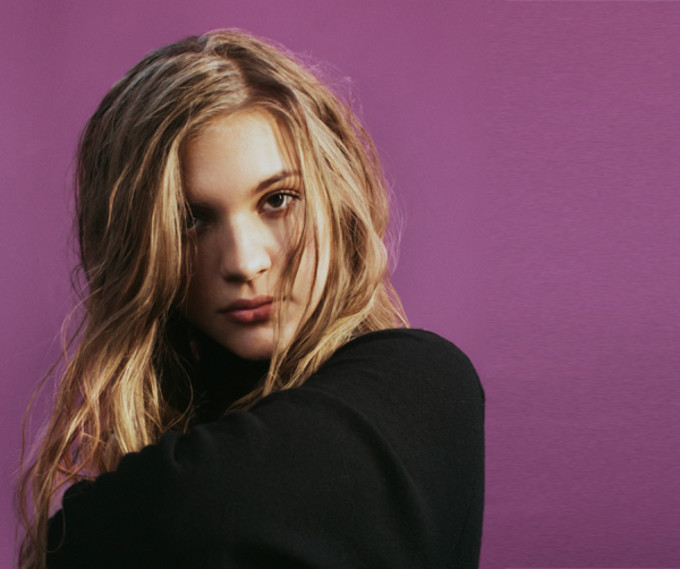 Swedish pop artist Tove Styrke has been in the music industry since she was 16 years old, but it feels like we’re just meeting her now. After returning to her hometown and experimenting musically for two years, she re-emerged with her best music yet. Ahead of her New York City show on May 8 and her album’s release on June 9. we talked to Tove about her new music, the messages in her songs, and coming to America.

Can you tell us a little about the start of your career?
I entered Swedish Idol when I was 16 and I finished third. It was a pretty weird way to get into music because you get all the fame but you still have everything to prove musically. You have to take your first baby steps into music while everyone’s watching. It was a strange experience.

Then I put out my debut album in 2010 in Sweden. After that, around three years ago, I decided to take some time away. I moved back to my hometown to just, you know, get some distance between me and the music industry because I had been in it since I was 16 and I felt like I needed to get to know myself as a grown-up. I needed to explore music on my own without any pressures to sell it. And that time away gave me so much. I wrote a lot of lyrics and tried different stuff musically. After a while, I felt like I had a solid foundation to move back to Stockholm to do a second album, which is Kiddo, coming out in June. I’ve been working on that for a little more than two years.

So before Idol, were you always interested in music?
Yea, I have always been interested in music. I’ve always been singing and trying stuff with my voice but I never understood that you could do it for a living until that competition thing. It was weird because sometimes they cast people for those kinds of shows, and that’s what they did for me. They called me and asked, “Hey do you want to do this?” and I was too curious not to try it. After working on my first album, that’s when I realized I actually cared about my songs for the first time. I co-wrote almost every song on that album.

Do you still feel like a “new” artist? Because you’ve been making music for a while, but it seems like it’s only now that it’s reaching a bigger audience.
A little bit yes. I do in some ways almost consider this new album my debut album. My first album feels like it was a learning experience. Like, some people go to music school for school, but I did Idol while they were educating themselves and learning to play instruments properly. So the first couple of years was a lot about learning for me–learning how to write a song, learning about the music industry, learning how to collaborate with other people. But with this record, it feels like for the first time I sort of have my own foundation to build from. That’s like a huge difference with me. With this album I had a clear vision of what I wanted to do and I had a lot of ideas, themes, and sounds I wanted to explore and try. I’m really happy with the album because it turned out the way I wanted it to.

On the idea of themes, a lot of your music has an empowering message to it. Personally, as a woman, there’s a lot I really connect to. Do you consider yourself a feminist?
Yes I do.

Sometimes I feel like there’s shame in that word but there shouldn’t be. Looking back, all my rights–birth control, I don’t have to marry someone that my dad chooses–so much of my freedom as a woman, I have only feminists to thank for that. So for me to not call myself a feminist is out of the question.

How important is that in your music?
Well, feminism is something that’s really important to me privately. But everything that I feel strongly about, like things that make me feel angry or frustrated or happy, that’s what I use as fuel when I write so it’s very natural for me when those topics end up in songs. But it’s never been weird for me to call myself a feminist or not because of course I’m a feminist. I believe in the equality of the genders.

Sometimes I feel like there’s shame in that word, but there shouldn’t be. Looking back, all my rights—birth control, I don’t have to marry someone that my dad chooses [Laughs]—so much of my freedom as a woman, I have only feminists to thank for that. So for me to not call myself a feminist is out of the question.

I read somewhere that you’d love to collaborate with Grimes. Who else would you want to work with?
I think there’s a lot of people doing really interesting stuff. I’ve been a Grimes fan for a long time. I think she’s really cool, she seems to be an interesting person, and that open letter she wrote really spoke to me.

There’s so many talented people right now. I think the last person I met that I thought was making something that’s really interesting was Tei Shi. She played the same venue as me at SXSW. She’s making some cool things. And Lorde. She’s like the most on-point lyricist which is crazy because she’s so young.

Who did you work with on Kiddo?
I’ve been working a lot with Johan T. Karlsson. He produced most of the songs on the album and we’ve been working very closely together. He’s spent so much time with me in the studio. When we recorded “Ego,” we almost did it together [Laughs]. We were really inspired at the time. We were listening to the music from True Romance, like “You’re So Cool,” and it got so emotional! When the drums started, we looked at each other and we both had tears in our eyes. We were like, “This is so amazing!”

So after that, everything sort of fell into place and the album kind of made itself. I’ve also been writing a lot with a guy named Janne Kask. I worked with him on my previous record and he’s who I connect with when it comes to songwriting. We have the same humor which I think is important when you’re writing because you have to click, and his melodies work very well with my way of writing lyrics. And also Carl Ask who I did “Even If I’m Loud It Doesn’t Mean I’m Talking To You” with. We’ve done two other tracks on the record together as well. He’s amazing because he’s got this really good combination of making music organic and electronic at the same time. The productions he makes are very alive.

I also wrote two songs with a friend of mine, Linnea Henriksson. She’s also an artist and she has a completely different approach to writing music than I have because she has her background in jazz. So I think that contrast is really, really interesting. We did two songs together. So a lot of great Swedish people.

It sounds like you have such a strong foundation in Sweden. Was getting your music to an American market always a goal of yours?
When we were doing this album, I felt like I really wanted to try and get this out to a bigger audience. I wanted to give this record a chance to reach people in places other than Sweden. So far the reception has been really good and it has a lot of support. I’m really looking forward to going on tour—I’m going on tour in May—wait, of course you know! You’re presenting one of the shows! [Laughs]

I saw you when you were last in New York City back in January and I was blown away. I emailed someone on your team in the middle of the show, just like, “Wow this is amazing!” We wanted to book you for one of our No Ceilings shows but if I remember correctly, you were performing at the Swedish Grammys.
Haha, yes! That’s right.

I sort of feel like after I made the song and put it out, I’ve given it away. It’s not mine anymore.

How important is that live show to you as an artist?
The two main things to me in making music is 1) writing the music and recording it, and 2) playing it for people because that’s when you get to share your experiences with your listeners. I sort of feel like after I made the song and put it out, I’ve given it away. It’s not mine anymore. It’s theirs… or yours. I think it’s really interesting to play it live and to finally see what people have taken from it. I like to see how they relate to it now that it’s theirs. I mean, they’re singing it louder than I do! I’m especially fond of playing in smaller venues, because then you get that intimate feeling and you can have that moment together with an audience. I really like that.

Get tickets for Tove Styrke’s May 8 show at Rough Trade here. 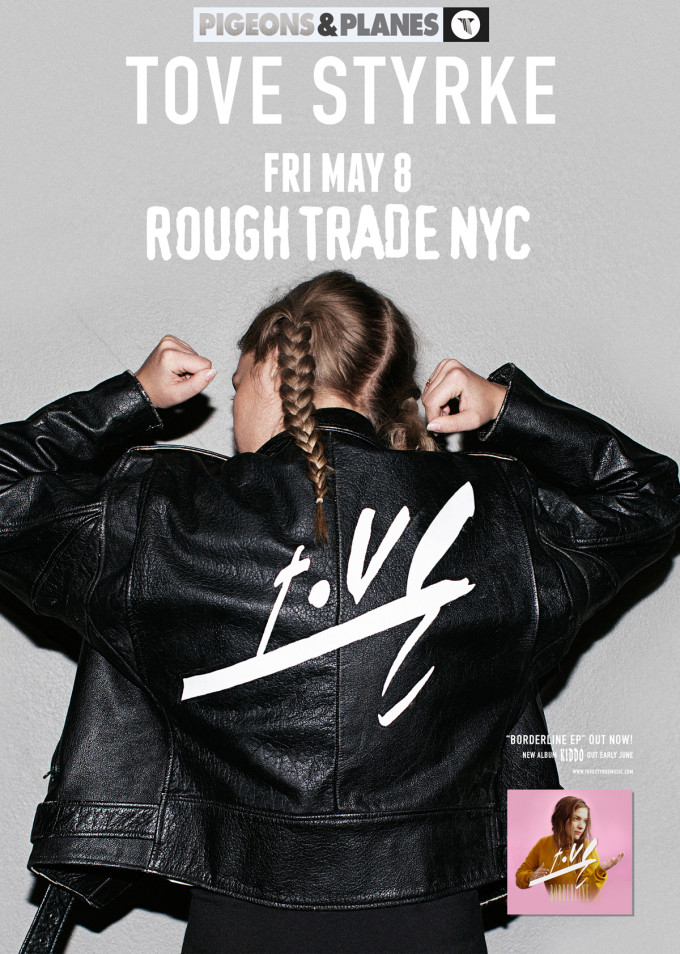