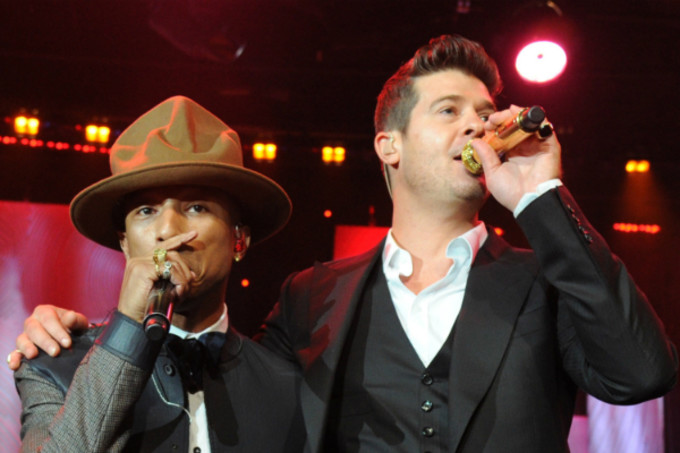 Back in March, Pharrell Williams and Robin Thicke were ordered by a court to pay a combined $7.4 million dollars in damages to the family of Marvin Gaye for borrowing from his 1977 hit “Got To Give It Up.” A jury decided that the two artists took elements from the track and should be liable to pay the Gaye family from the sales of the smash single. But the two aren’t going down without fight.

Thicke and Williams are now calling for a new trial, which states that “prejudicial and irrelevant” information was brought into play and the judge should limit the evidence to the sheet of music, throwing out Thicke and musicologist Judith Finell’s original testimony.

They are also arguing that the amount of damages is double what they made in sales, yet musicologist Finell testified that only 5% of the song could be traced back to Gaye’s original.

Marvin’s family is also planning separate motions, saying the record companies of both artists should be held responsible for the plagiarism, that “Blurred Lines” should be taken out of circulation until a final verdict is reached and they want 50% of all future sales from that point forward.

While there are no details on whether there will be a new trial or not, motions from both sides will be heard by Judge Kronstadt on June 29. Thicke and Williams plan to appeal the original verdict at that point and seek a new case.