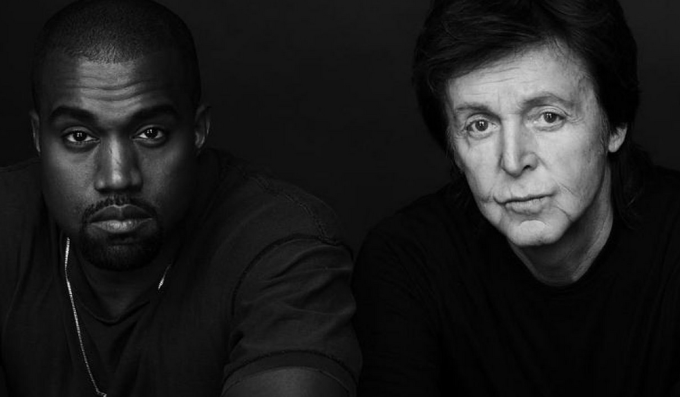 Af first, the idea of Kanye West and Paul McCartney working together confused a lot of people. Was he just trying to stay relevant? Did he really love Kanye’s music? Where would he fit on a Kanye song?

Then “Only One” came out, and everything made a lot more sense. Kanye was on his singer/songwriter tip, and that’s one area the legendary McCartney could definitely help out. Kanye spoke about working with Paul in his second Zane Lowe interview, and now The Beatles legend has spoken to The Sun, comparing working with Kanye to working with John Lennon, saying, “When I wrote with John, he would sit down with a guitar. I would sit down. We’d ping-pong till we had a song. It was like that.”

He also shared some of the inspiration behind “Only One,” explaining:

“We sat around and talked an awful lot just to break the ice. One of the stories I told him was about how I happened to have written “Let It Be.” My mum came to me in a dream when she’d died years previously. I was in a bit of a state—it was the Sixties and I was overdoing it.

“In the dream she said, ‘Don’t worry it’s all going to be fine, just let it be.’ And I woke up and thought, ‘Woah’ and wrote the song. I told Kanye this and he said, ‘I’m going to write a song with my mum.’ So then I sat down at the piano.”

So “Let It Be” and “Only One” have more in common than you might have thought.