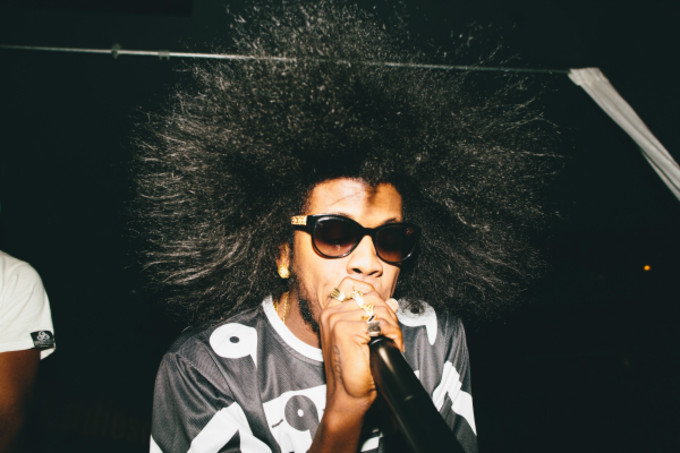 The lawsuit over Robin Thicke and Pharrell‘s “Blurred Lines” has caused a ripple effect throughout the industry in terms of trying to compensate anyone who might have been involved with or inspired the making of a song—especially if it’s a big hit. Just ask Mark Ronson.

So who’s getting paid from all this? Apparently, at first it was just Ronson, Mars, Phillip Martin Lawrence, and Jeff Bhasker, but then Nicholas Williams (Trinidad James) and “All Gold Everything” producer Devon Gallaspy also received credits because the track sampled the street hit. Considering the two were the songwriters on the track they received 15 percent (7.5% each) of the revenue from “Uptown Funk,” leaving the original songwriters with 21.25 percent each.

Then The Gap Band accused Ronson of taking elements from one of their 1979 songs (“Oops, Upside Your Head”), which quickly prompted Ronson and company to award them with a percentage of their single (17% overall split up between Charlie, Robert and Ronnie Wilson, Rudolph Taylor and producer Lonnie Simmons). The four original writers were now down to a 17% take following The Gap Band settlement.

Billboard estimates that “Uptown Funk” has generated at least $840,000 in publishing revenue to be split between songwriters and producers. This means, since Trinidad James gets at least 5.625% of the revenue (plus the 1.875% to Trinidad James Record label/TIG7 Publishing), he’s going to making upwards of $47,250 from just being sampled on the song.

Check out the break down of payouts below:

*(Warner/Chappell, through its January 2011 acquisition of Southside Independent Music, owns 25 percent of Mars publishing — but collects only its 12.5 percent share (in this instance 12.5 percent of 17 percent, or 2.125 percent) as BMG administers all of Mars’ writer share.)