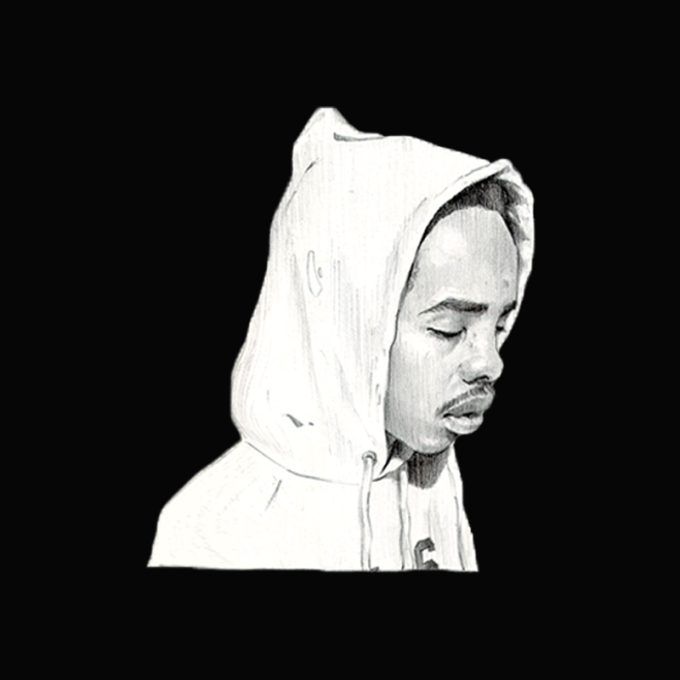 It’s three in the morning and raining in Los Angeles. Earl Sweatshirt can’t sleep. He uses every muscle in his body to clamber out of bed and limp into his dimly lit home studio. On the way to the booth he lights up a spliff and grabs his notebook filled with dark, reflective rhymes. Spliff in hand, he queues up one of his piano driven instrumentals and starts a lyrical self-examination. “I spent days faded and anemic. You can see it in my face I ain’t been eating, I’m just wasting away.” This is the picture Earl Sweatshirt paints on his self-produced 10-minute project Solace.

Earl Sweatshirt posted the project on Youtube with a caption that read “music from when I hit the bottom and found something.” In a recent interview with NPR’s Microphone Check, Earl mentioned that he had created a project solely for his mom, entitled Solace.

On Solace we find an even more transparent Earl, shedding light on the darkest parts of his soul.

Earl’s sophomore album, I Don’t Like Shit, I Don’t Go Outside was extremely personal and answered some questions we all had. On Solace we find an even more transparent Earl, shedding light on the darkest parts of his soul. At the end of the track “Huey” the intro of I Don’t Like Shit…, we hear a robotic female voice say “and now a formal introduction.” If the album was Sweatshirt’s formal introduction to the rap game, Solace is the raw, unfiltered version.

When Earl cancelled a few shows last year due to illness, fans were upset. The raw, soul chilling Solace gives fans a better idea of just how sick Earl was at the time. It is a rough and raw image of Earl Sweatshirt at the lowest point of his life. Earl was not dealing with the common cold. He was dealing with the industry, life on the road, and a tumultuous relationship.

There is no mixing and there are no second takes on this project. If Earl stumbles over a word he picks up right where he left off. By not fixing anything up and leaving portions of songs broken, he’s capturing a moment. Earl is so mentally and physically drained that at one point, after slurring a portion of his verse, it sounds like he just chooses to walk out of his studio session.

Earl drifts through Solace rapping about subjects like missing his closest friends and his grandmother. He does all this while remaining lyrically concrete and concise. This is a concept that Sweatshirt values greatly. In an interview with Pitchfork he stated that greats like Andre 3000 and Jay Electronica thrive off saying the most in the least amount of words. Solace is a disturbing reminder of the toll that the rap game can take on artists, especially young ones, but to Earl’s credit, he has made art from his darkest moments, art that acts as a release not just for him, but for others. 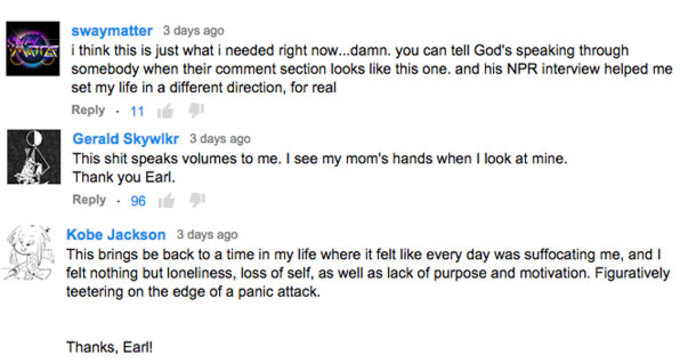