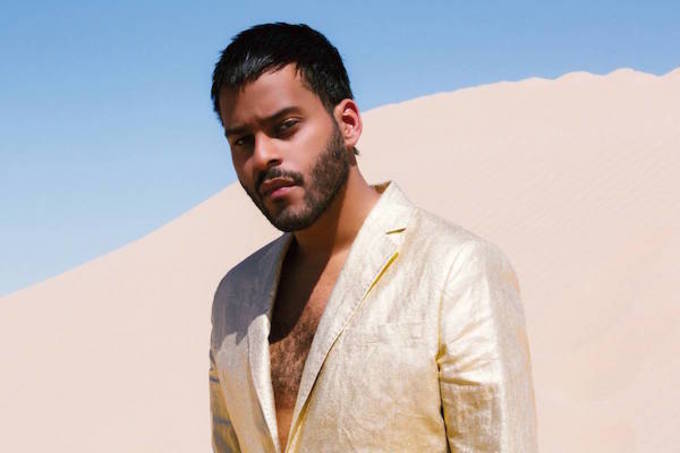 George Lewis Jr. a.k.a. Twin Shadow was on tour supporting his new album Eclipse when his bus collided with a tractor-trailer in Aurora, Colorado earlier this weekend.

Tour driver John Crawford and Twin Shadow drummer Andy Bauer remain hospitalized in serious condition. Lewis Jr. will be heading to the operating room himself, where doctors will perform reconstructive surgery on his hand.

The band has postponed all tour dates from April 21—May 22. The circumstances surrounding the crash are still under investigation, but local reporters are citing the “fog-blanketed highway” for unsafe conditions that set off a chain reaction of accidents after one vehicle slowed too quickly. The aftermath (below) looks pretty grisly—here’s hoping everyone comes out of this in one piece. 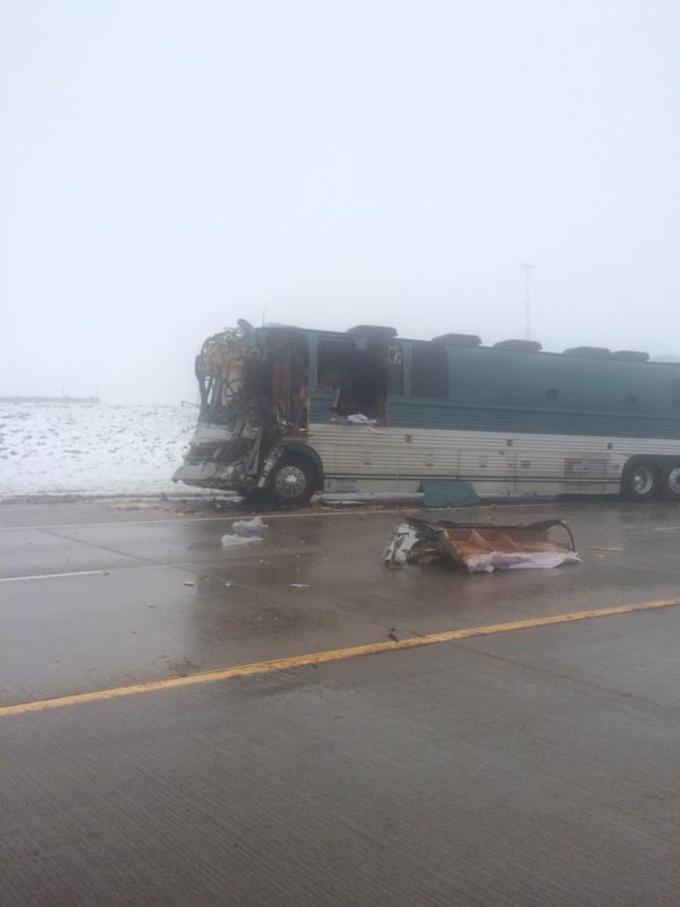 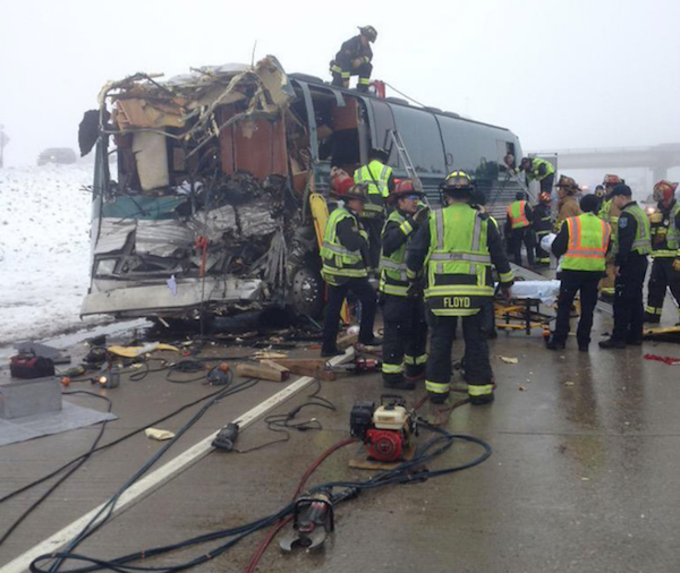 Image via Consequence of Sound