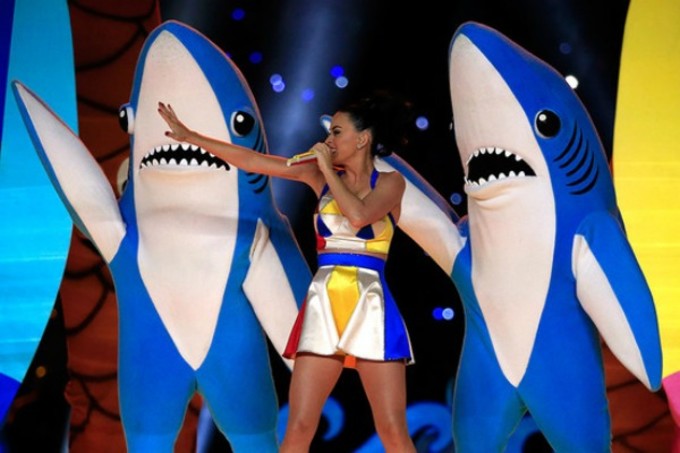 If you watched the halftime show during this year’s Super Bowl, you are probably very aware that even amongst guest appearances by Missy Elliott and Lenny Kravitz during Katy Perry’s performance that the real standout turned out to be none other than the Left Shark. Roll your eyes all you want, but we’re well into April now and people are still trying to make their own Left Shark costumes. So Left Shark is clearly still a thing.

Apparently Left Shark’s popularity blew up way more than any of us expected—especially Katy Perry. After other people began trying to make their own Left Shark memorabilia, Perry quickly tried to put out her own Left Shark onesie and trademark the design. However, her attempt came a little too late and was denied by the U.S. Trademark Office.

In a review of the claim, Trademark examiner David Collier explained that the design “identifies only a particular character; it does not function as a service mark to identify and distinguish applicant’s services from those of others and to indicate the source of applicant’s services.”

Katy Perry recently ran into her good ol’ pal Left Shark at Coachella and didn’t look too happy about it. But what about the true star that did the actual show stopping dance moves in the Left Shark costume? One can only wonder how they must feel about all of this.