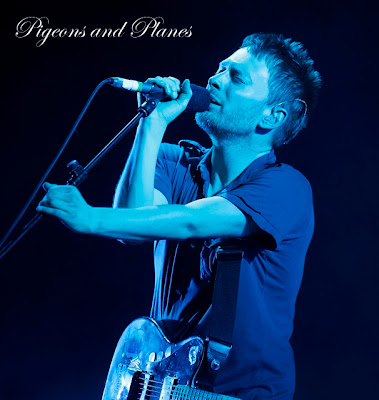 This song just fell out of the sky and bombed the internet via fansites, music nerd forums, and snoop bloggy blogs, leaving little evidence as to where it came from or what exactly it is. Thom Yorke recently said that Radiohead may not release any more full albums. This statement probably twisted the souls of hardcore followers, so you can imagine how many fans are sitting in dark rooms right now with this song on repeat taking drugs and watching manga pornography.

As a responsible member of the new age media, I decided to ignore the fact that I have absolutely no details about this and exploit it as what it could be – new Radiohead. The right thing to do? No. Give a fuck? No. If this is proven fake, I can update later. Hope you appreciate my professionalism. Saw it at We All Want Someone.

Radiohead – These Are My Twisted Words?