WAVES DON'T DIE: BEHIND THE MAKING OF A TRIBE CALLED QUEST’S CURTAIN CALL

IN A SERIES OF EXCLUSIVE PHOTOS, COMPLEX CHRONICLES THE MAKING OF THE LEGENDARY HIP-HOP GROUP’S FINAL ALBUM AND ITS LAST DAYS WITH PHIFE DAWG. 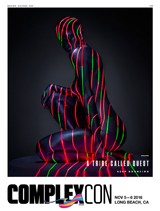 This feature appears in the October/November 2016 issue of Complex.

After spending 18 years estranged, A Tribe Called Quest reunited in the remaining months of Phife Dawg’s life to record their final album, We Got It From Here… Thank You 4 Your Service, released today. At the project’s inception, they let Complex into the studio to witness the power of their last excursion. In Part I of a three-part package devoted to the legendary ensemble’s formal goodbye, we share exclusive photographs from Q-Tip’s home recording studio, the site of the group’s reunion, alongside new friends (Andre 3000, Jack White, Kendrick Lamar) and old (Busta Rhymes, Consequence). For Part II, Complex Chief Content Officer Noah Callahan-Bever will share his observations after spending a year embedded with Tribe as they crafted their masterpiece. And in Part III, Complex will unveil an original documentary devoted to the group’s legacy, and the making-of their magnum coda. 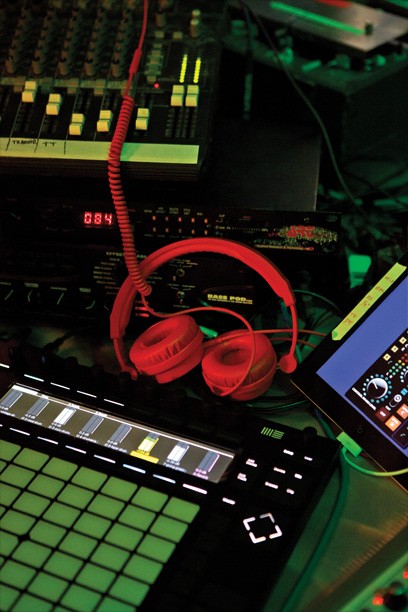 CAN I KICK IT?

The Love Movement, released in September 1998, was supposed to be the end of A Tribe Called Quest, the final chapter in a classic run that produced some of the best music in hip-hop history. Right before the group released their fifth album, they explained that label drama, with Jive Zomba, was a major contributing factor. But, as it was eventually revealed in the 2011 documentary Beats, Rhymes & Life: The Travels of A Tribe Called Quest, the truth was that the interpersonal relationships in the group had been rocky for years. In particular, Tribe’s core relationship—the friendship between rapper Phife Dawg and producer-MC Q-Tip—turned out to be complex and fraught, a stark contrast to their pure and bright rapport on wax. And so, with Phife’s health failing due to the degenerative diabetes he had battled since 1990, stakes were high when Q-Tip began hosting nightly recording sessions at his Englewood Cliffs, New Jersey, home studio last December to produce a final Tribe album—what would come to be called We Got It From Here... Thank You 4 Your Service—with a rotating cast of group members, collaborators, and friends. Based in NYC, founding member Jarobi White, now a professional chef, was generally omnipresent, but Phife, coping with his rigorous dialysis schedule, would travel from the Bay Area in week-long blocks. DJ-producer Ali Shaheed Muhammed teleconferenced from L.A., where he was scoring Marvel’s Netflix TV series, Luke Cage. 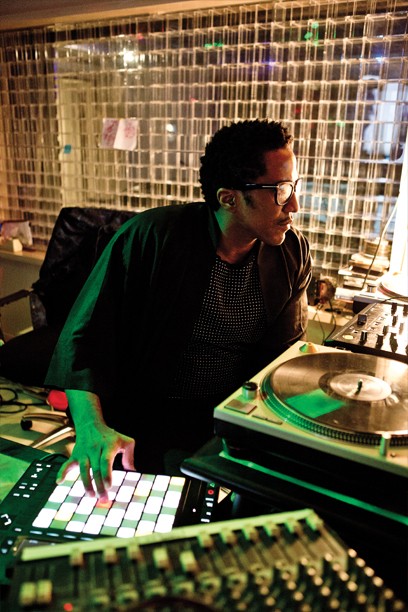 DEVOTED TO THE ART OF MOVING BUTTS

Each member of A Tribe Called Quest contributes to the group’s chemistry, but Q-Tip is the catalyst. Tip actualizes the ensemble’s vision, and he painstakingly tends to the tedious details of the music-making process. Since the beginning, Tribe’s music has been characterized by its fondness for jazz samples, crisp drums, and Tip and Phife’s subtly sophisticated take on playground-style back-and-forths. In partnership with Ali Shaheed Muhammed, Tip has been a mainstay behind the boards for the group, anchoring a sound that would come to define one of hip-hop’s most vital eras. Their style would go on to influence everyone from OutKast to Kanye West to Pharrell Williams. 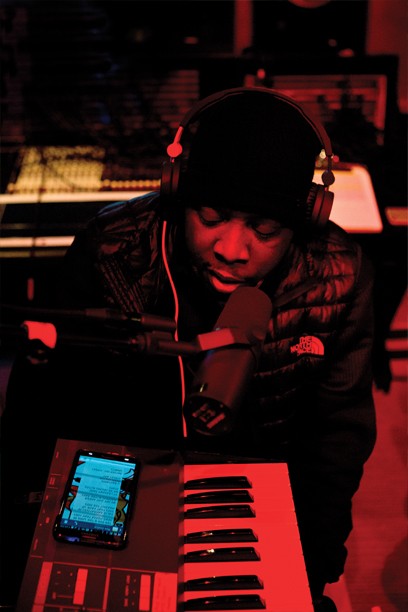 In the month leading up to Phife’s passing, it was clear that the Five-Foot Assassin had not lost a step on the mic. His staccato rasp and clever word association remained intact for We Got It From Here, no matter how encumbered he became physically. On the album’s closing track, “The Donald,” which doubles as a tribute to the late MC’s legacy, he playfully lays into a new generation of rhymesayers, challenging any and all comers for his crown as one of hip-hop’s most important figures:

No doubt, I'ma set it, dudes best be ready

Off top on the spot, no reading from your Blackberry

Leave the iPhones home, skill sets must be shown

I'ma show you the real meaning of the danger zone 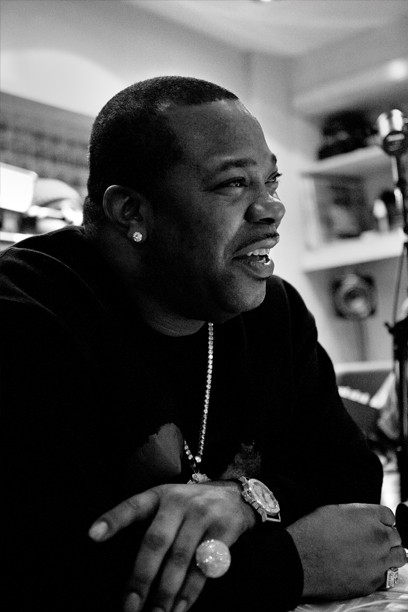 Despite years of strained relations, Tribe, and their extended network of friends and collaborators including Busta Rhymes, worked hard in these final sessions to melt the ice between them and reunite not only as musical collaborators, but as lifelong friends from Queens, New York. On “Lost Somebody,” one of the album’s most moving songs, Tip raps openly about this process, and Phife in particular: “The one thing I appreciate, you and I, we never pretended/Rhymes we would write it out, hard times, fight it out.” Though Phife passed before the project was completed, the four had refound their footing, resulting in an album that far surpasses late-career albums Beats, Rhymes, and Life and The Love Movement, to earn a rightful place among the greatness of early classics People’s Instinctive Travels and the Paths of Rhythm, The Low End Theory, and Midnight Marauders. 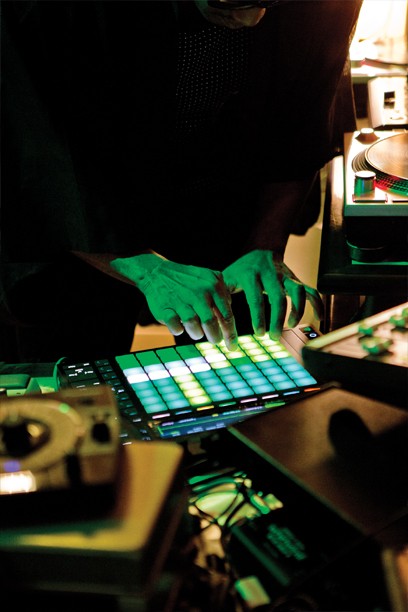 Acutely aware that this project would be the group’s last, Tip mined the sounds of all their previous albums for a final release that feels both completely new and totally familiar. Jack White contributes guitar noodling on “Lost Somebody” and Elton John lends his voice and keyboard to “Solid Wall of Sound.” Meanwhile, Consequence and Busta Rhymes do what they did with Tribe decades ago: rap their asses off. Others who are new to Tribe’s extended family but were heavily influenced by them—Andre 3000, Kendrick Lamar, Talib Kweli, Anderson .Paak, and Kanye West—kick verses and vocals. 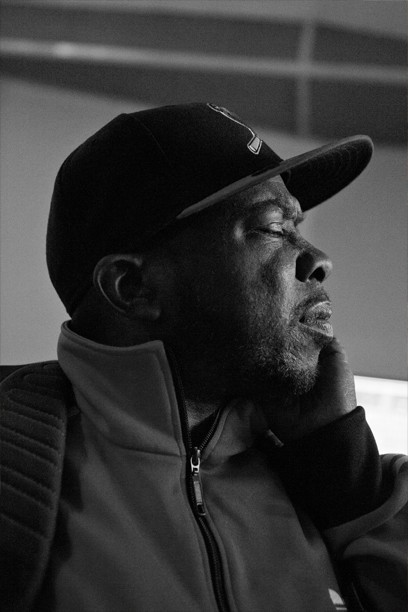 On March 22, Phife passed away from complications from diabetes. He was 45 years old. On Tribe’s final album, Phife not only energizes the project with his spirit—he defines it. We Got It From Here is a dynamic update of the group’s signature sound and style, infused with a political urgency to reflect the uncertainty of the times, touching on racism in America, Afrofuturism, gender equality, and Donald Trump. Phife cuts through the chaos, remaining defiant in the face of an illness that would prevent him from seeing the project through. The final tracks of his career refuse to simply reflect on his life and his end; instead, they celebrate what made Phife the legendary figure he was: his humor, his understated swagger, his funkiness.

In the days after Phife’s death, Q-Tip memorialized his longtime collaborator and friend on Twitter with affection: “He left me with the gift of unconditional love and brotherhood that will never be lost with me...ever.”