In discussion with Complex AU’s Jade Zoe, Alicia Keys talks maintaining her truth, the struggle between commerce and art, and drops some knowledge for all the young creatives on the come-up.

In 2016, Alicia Keys has returned to her roots. It was 15 years ago that 'Songs In A Minor' – a precocious debut full of sublime, classically informed piano ballads – propelled the singer to phenomenal success. But Keys’ roots run much deeper than that. Instead, her latest album 'Here' harkens all the way back to the boom bap instrumentals that scored her movements through New York, where she was born and raised in Hell’s Kitchen – before all the fame and fortune. “'The Gospel' is my New York, it’s the New York that I grew up in, it’s the New York that makes me the woman that I am, the artist I am, the musician I am,” she says proudly.

The sounds Keys loves, the way she talks and dresses, are all indebted to the Big Apple. And because of that, 'Here', and the striking black-and-white short film that accompanies it, 'The Gospel', is an audio-visual love letter to New York. But the appeal is universal; in both works, she’s touching on the everyday trials of people across the world, regardless of how far removed they are from N.Y. Even then, these songs are meant to transport the listener too: “I felt like it would take you to the world that is the New York that I know”, Keys says.

With this project, the singer showcases how much ‘90s hip-hop – its golden era intrinsically linked to New York – was a remarkably formative influence on her. The sonics, especially the rich and heavy drum patterns, and the subsequent head nodding that they induce, are all prototypically New York. But Keys has mixed this with her own musicality, and the genres she has experimented with in the past. “It’s something familiar, but it’s put together with a lot of different types of music,” she says. “But I was absolutely honouring the New York in me.”

Keys found her success following a formula of her own creation. She’s established herself as an incredibly popular artist, without ever overtly stepping into the pop realm. Haphazard collaborations and ham-fisted EDM productions litter the career of many an R&B singer, but Keys has managed to avoid all of it. For an artist that wants to match the legacy of the generational musicians she’s admired like Nina Simone, Bob Marley and Prince, Keys is treading the right path. “I’ve been able to maintain my artistic integrity, and be in my own lane. And that’s always been a bit of a tricky dance, but I love it,” she beams.

And while she’s certainly felt the pressure in the past to bow to the industry’s whims and risk sacrificing her artistic vision, Keys has always held steadfast. “I feel like I have always been able to maintain my truth, and that’s been the most important thing,” she says. “This album, I feel like it’s been my most truthful, my most clear vision that I’ve ever had artistically – and that’s why I love it so much.” 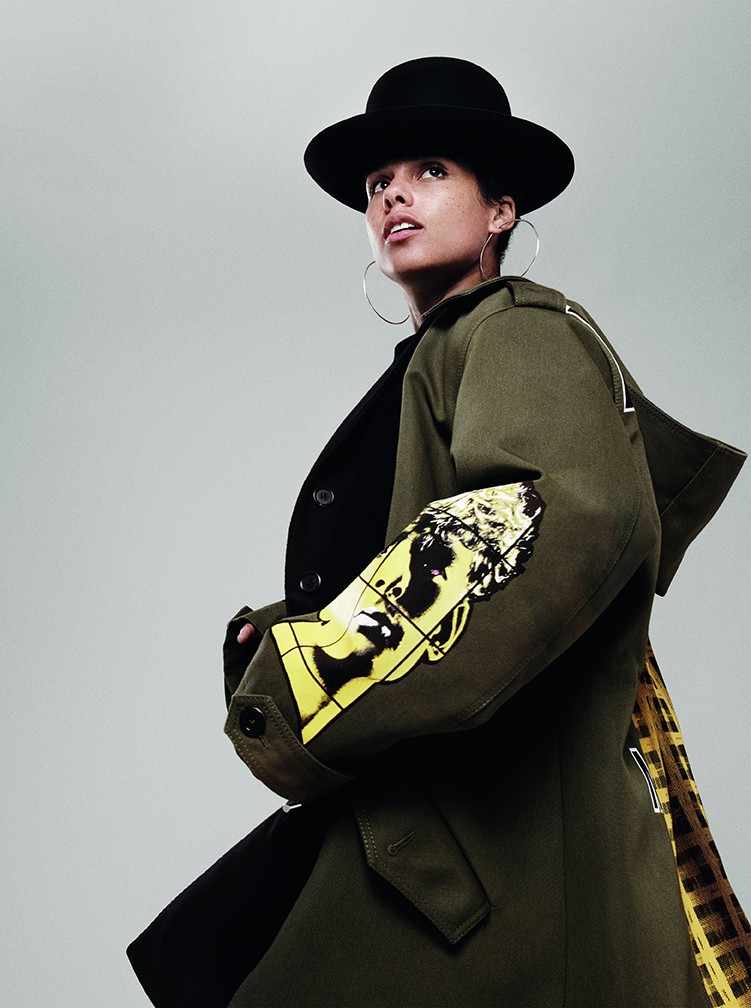 Keys' New York reflects the eternal tug of war waged by these two forces. N.Y. is a city of endless hustle, but it’s also one where many creatives dare to dream. It’s the exact intersection of the creative and commercial worlds that Keys has observed are so often pitted against each other. “This is the music business, so that’s commerce. So it’s like, how do you put commerce together with art?” she says. When you put the two together, sometimes commerce wins. And with that, we might get music that looks great on paper, but doesn’t work on wax. Keys lives for those times when art overcomes, but understands the essential connection between the two: “I think that definitely it’s a balance,” she says.

One chapter of Keys' Gospel asks what people wish they were told when they were younger – and her own answer to the question is surprising. “I wish that somebody told me that you don’t always have to be so polite”, Keys muses. She adds that particularly as a girl, you’re often scolded for being too loud, and told to settle down. “But why do we tell our kids to take it easy? I think that there’s something really important about accessing your emotions and really being in touch with them,” she says. “Sometimes you frickin’ wanna scream, and you should be able to scream. We’re taught to stuff things inside and hold it in. If that’s how you feel, own it and be it.”

It’s that sentiment that underpins Keys’ sound advice to young creatives as well, and coming from someone who’d sold 12 million copies of her debut album by the age of 21, it takes on a new weight. “The people who believe in what they do are the most creative people I know, the most profound people I know,” she says. If you want the best for yourself, to evolve, and reach new levels and heights, then Keys says finding clarity in yourself is vital. “Some of the most creative people I know, they’re so clear about who they are. And it’s not always easy to be clear about who you are,” she says.

The singer asserts that defining success on your own terms is part of finding that identity, too. “It’s important to strike these older thoughts, and illusions, about what success is or what it is not,” she says. Keys knows that the most important things are that you’re fulfilled and moving forward – but it’s essential to keep breaking your limits and push yourself to the edge of your creativity. “Keep striving, keep trying,” she implores. “This next place might not be so comfortable, but you’re going to discover something about who you are.”