After announcing a monumental deal with Universal Music Group just last month, it now looks like SoundCloud might be in some major trouble. According to a new report from Music Business Worldwide, the company lost a total of $44 million in 2014, and only brought in $17 million in revenue. Even without any outside details, you can tell that any company with that kind of split won't last that long.

Though SoundCloud brought in $77 million in investments in 2015, The Financial Times notes that they will need even more in 2016 to even stay afloat with their current business model. A lot of SoundCloud's future will now depend on their deal with UMG, and if their new subscription service is able to bring in any significant money and turn their fortunes around in 2016. It's unclear what the immediate results of SoundCloud's significant loss of money as a company means, but the report from Music Business Worldwide does state that while they have the resources to continue to function as is, they need further investments going forward. 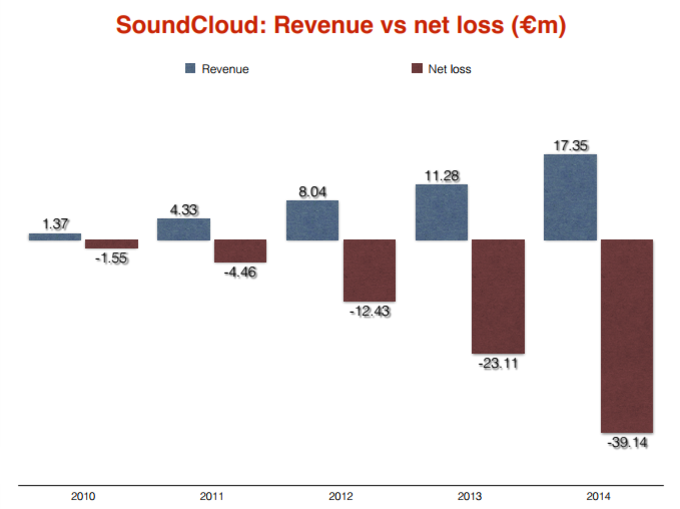