Lil Wayne has teamed up with Apartments.com for an upcoming Super Bowl commercial, and based on a few previews that been shared, it has a ton of potential in the comedy department. A man dressed up as George Washington buzzes the rapper who's chilling in his apartment, and Weezy immediately asks him if he's "got the buns." Not those buns, but these buns.

This short clip should build up anticipation for when the final product airs during Super Bowl 50 on Feb. 7. Watch a few more teasers below and check out a photo from the set courtesy of Billboard. 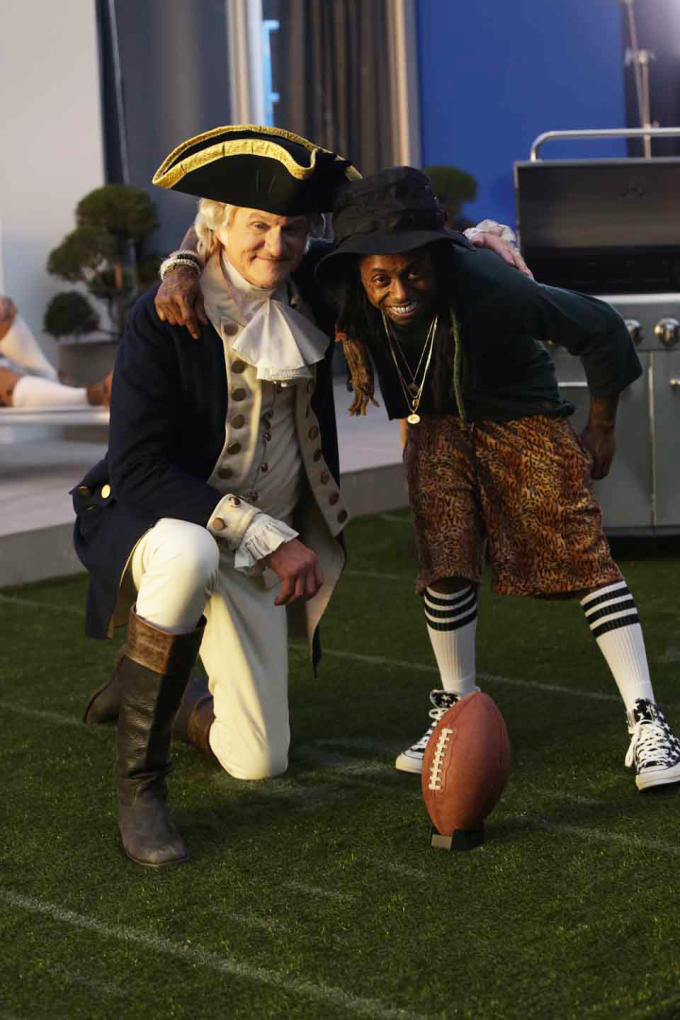