Last week during his New Year's Eve performance, Drake dropped the bombshell that his long-awaited album Views from the 6 was "coming very soon." This news obviously sent fans into a frenzy with theories and predictions for when the project could potentially drop. Of course, with Drake saying something like that, every post from anyone affiliated with OVO is now under an even greater microscope going forward.

That brings us to Noah "40" Shebib's latest Instagram post, where he curiously mentions to beer company Molson Canadian that he can't be distracted right now because he's trying to finish an album. What album would that be, 40? Well, based on Drake's recent comments, 40 is clearly talking about Views and is apparently in full grind mode to complete the project without any distractions. Not only that, but Drake actually liked a different post on Instagram that mentioned 40's caption about the album being done soon. None of this directly indicates when Drake will actually release the album, but as the hints continue to come out, the speculation will only grow. 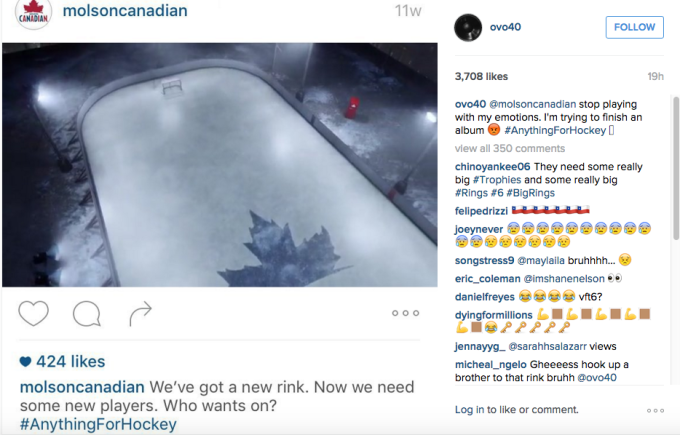 Does Drake’s New ‘Views’ Shirt Mean the Album Is Close?