According to The Today Show Australia, Rihanna's ANTI is arriving tomorrow in time for Christmas. This news comes as a bit of a surprise, but is not all that unexpected since RiRi is going on a major tour for the project in 2016 with Travi$ Scott.

Not a lot of details about the album are known right now. Rihanna has led her fans on sort of a scavenger hunt for the last month with her ANTIdiaRY website run via Samsung. We've reached out for comment from Roc Nation on the news and will update when more details are known. The Today Show Australian account has since deleted the original tweet, but a screenshot of it can be seen below. 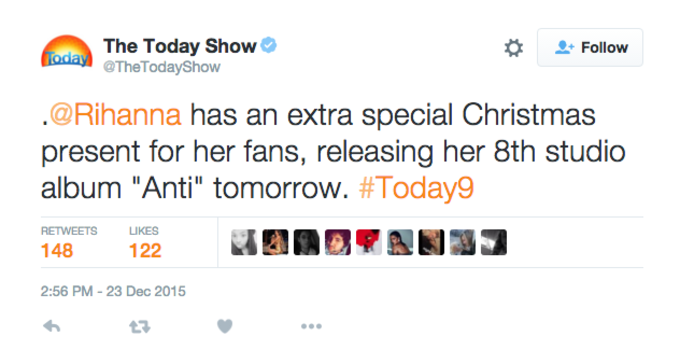